You've worked hard, done well, and finally gotten what you were otherwise convinced you wanted: a promotion. While climbing the company ladder might seem like a positive step in your career, accepting a promotion before getting your facts straight could end up setting you back big time. Before you say yes to that promotion, here are a few questions you absolutely need answers to.

1. What will the job entail?

Even if you're only moving up a level within your current department or team, there's a good chance your core tasks and responsibilities will shift once your new role takes effect. That's why it's crucial to understand what your workdays will look like should you decide to move forward. 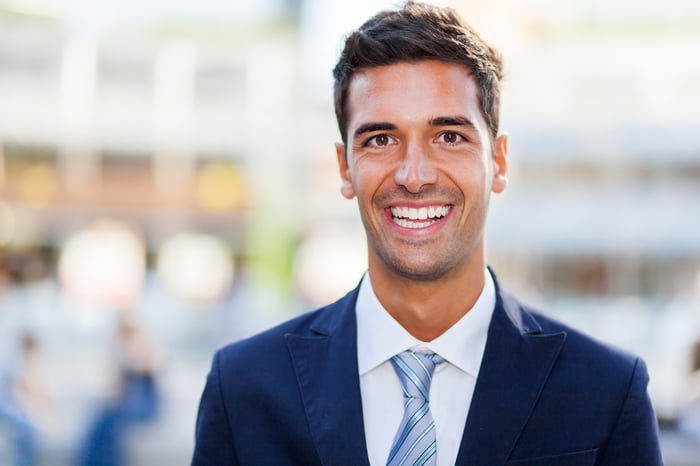 For example, your new title might mean having to spend your days attending more meetings, which could, in turn, detract from your actual work or just plain bore you to tears. You might also become subject to certain reporting requirements, so if you loathe combing through data and putting together spreadsheets, it may not be the best move for you. Finally, if you reach management status, you may wind up in situations where you're forced to resolve disputes between team members, or even become your old colleagues' boss. If the idea of either makes you uncomfortable, it's best to hash that out before accepting your promotion.

2. How will my performance be measured?

If you've been doing your job for a reasonable period of time, you probably know what's expected of you and how your performance is assessed. But as you climb the ranks, your company's expectations might change. That's why it's critical to understand how your performance will be evaluated in your new role, and whether you're comfortable putting yourself in that position.

Say you're a sales professional who gets promoted to manager. With that new title might come the demand that you'll increase your team's numbers by 10%. If that's not a goal you think is reasonable to achieve, and your company isn't willing to budge, you may be better off declining the offer than moving forward and failing.

3. Why was I chosen for this role?

It's one thing if you were vying for a promotion at work, or actively submitted a resume for an open position within your company. But if your promotion catches you by surprise, it pays to ask why you were selected for the role in particular.

Of course, you don't want to downplay your qualifications or display a lack of confidence in your ability to do the job, because if it is a role you want to accept, you don't want your company to rescind the offer. But if it's a role you're not intimately familiar with, and you weren't necessarily next in line for it, it never hurts to understand the thought process behind selecting you. It could be that you were chosen for your excellent people skills, or presentation abilities -- aspects that can translate into different roles and environments. Or perhaps your name was mostly picked out of a hat -- in which case you should proceed with caution.

4. Will there be a pay increase?

Promotions and raises don't always go hand-in-hand. Before you accept a job that could involve much more responsibility and considerably longer hours, find out what's in it for you besides a more impressive-sounding title on your resume.

If your company isn't willing to offer an immediate raise, ask what its process is for dishing out merit-based increases. It could be, for example, that you're required to work in your new role for six months before an associated raise takes effect, which isn't totally unreasonable. On the other hand, if your company is unwilling to offer any promise of a raise, be it immediate or eventual, you may want to think twice about taking on additional work for little in return.

Though being offered a promotion is generally something to celebrate, before you say yes, make sure you understand the different ways that change will affect your job. The last thing you want to do is accept an offer that ultimately comes back to bite you.