Please ensure Javascript is enabled for purposes of website accessibility
Log In Help Join The Motley Fool
Free Article Join Over 1 Million Premium Members And Get More In-Depth Stock Guidance and Research
By Maurie Backman - Oct 11, 2017 at 7:36AM

Got a job offer in another city? Don't pull the trigger until you've really thought it through.

You've worked hard and developed your skills, and now you're being offered a great position at a company with a solid reputation. There's just one problem: That job is in another city, and it's not commutable from where you live.

Relocating for a job can often turn out to be a smart move, not just careerwise, but in the grand scheme of your entire life. On the other hand, it's a decision that can backfire if you don't carefully weigh the consequences beforehand. If you're considering a move to take a new job, here are a few key questions to ask yourself. 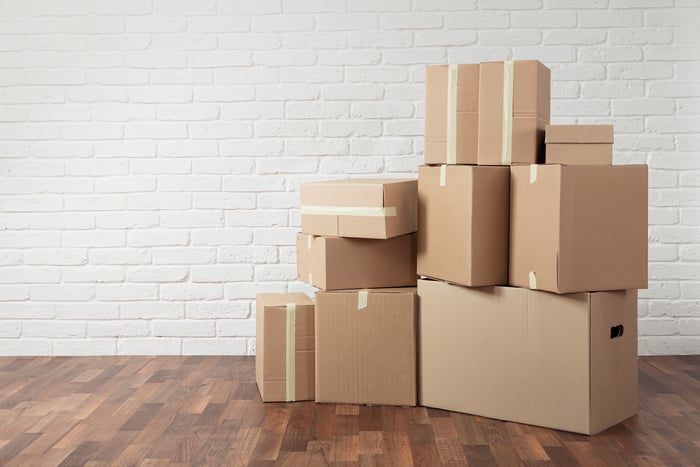 1. What will the move cost -- and who will be picking up the tab?

We all know that moving is expensive, but you may be surprised to learn just how costly an endeavor it can be. The average cost of an interstate residential move is a whopping $4,300, according to the American Moving and Storage Association, and that's a lot of money to shell out on your own. That's why you'll need to figure out what expenses you're looking at before making your decision and determine the extent to which your new company is willing to help you out. Though some employers assist with, or even cover, moving costs, it's not necessarily a standard practice, so get your facts straight before you accept an out-of-state position.

Furthermore, if your new employer is willing to pay for your move, make sure you understand what that offer entails. Your new company might, for example, cover your moving van, but if you want a full-service move where professionals come and pack up your things, that overage may be on you.

Keep in mind that if you do end up footing the bill for your move, you'll want to meticulously track the costs you incur. That's because the IRS allows you to deduct job-related moving expenses on your tax return provided you meet certain criteria.

2. What's the cost of living like in your new city?

Maybe you've been offered a terrific-sounding salary -- so much so that you're willing to pack up and leave your current home just to snag it. But before you accept that job offer, do some research to see how much it costs to live in your new city. If you're headed someplace expensive, then your higher housing, transportation, and food costs could be enough to negate your pay raise, or even put you at a financial disadvantage.

Of course, you may have options for trimming your costs, even if you're relocating someplace more expensive than where you currently live. For example, you might agree to rent a smaller apartment for a few years, or live outside a major city to keep your expenses down. The key, however, is to not just compare your current salary to the new number on the table, but also make sure that your proposed compensation is enough to buy you a decent lifestyle once you move.

No matter how valuable a worker you are, or what line of work you're in, employment is rarely guaranteed. That's why, in addition to vetting the cost of living in your new locale, you'll also want to research the job market and see how it compares to that of your current city. You never know when your new job might go south, or turn out to be the wrong fit, so you'll want to make sure there's the potential to find work elsewhere before you agree to a major move.

One final thing: Assuming you do decide to move forward and relocate for work, resist the urge to buy a home for at least a year. Though homeownership offers certain tax benefits that renters don't get to capitalize on, the last thing you want to do is purchase property, decide you're unhappy at your new company, and get stuck in a different city because you're locked into a mortgage. Take some time to adjust to your new job and surroundings before you commit to staying put for the long haul.