Some employees complain that their bosses micromanage them to the point where they feel stifled. So you'd think that having a boss who's never around would be the ideal situation at work. But in reality, having an absentee boss could spell trouble on multiple accounts.

For one thing, if you need guidance or approval for certain tasks, having a boss who's unavailable could make for a frustrating existence. Furthermore, when your boss is hardly ever around, it can lead to communication issues that land you in trouble and hurt your career. If getting a few minutes of your boss's time is a constant struggle, here are a few steps you can take -- before the problem gets worse. 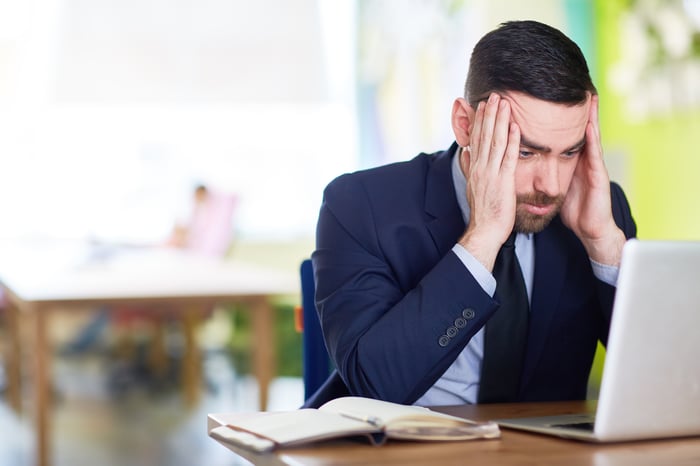 1. Err on the side of over-communication

The problem with having a boss who's never around is that you'll have a harder time knowing what he or she expects of you. This, in turn, could lead you to do things a certain way, only to have your boss come back and tell you you're doing it all wrong.

If your boss is hard to get a hold of, do your best to maintain an open line of communication, even if it's truly one-sided. Send your boss frequent updates on the projects you're working on, and let him or her know what methods you're employing to tackle key tasks. This way, if your boss turns around and accuses you of going about things the wrong way, you can point to your various emails and politely reply that you gave ample opportunity for your boss to chime in.

2. Ask for a recurring one-on-one meeting

Maybe your boss is busy traveling a lot, or has a jam-packed meeting schedule that renders him or her mostly unavailable. If that's the case, but you still want your boss's input on a regular basis, ask to set up a recurring one-on-one sit-down to ensure that you get the time you need. It could be over the phone, as opposed to in-person, and it could be as short as 15 minutes. The key, however, is to get something on the calendar so that if you can't get an answer out of your boss for the bulk of the week, you'll eventually have an opportunity to touch base.

Having an absentee boss may not be so bad if you've been at your job for a while and know what you're doing. But if you're new to the industry or company, having an absentee boss could leave you grasping for answers. If that's the case, then it pays to find another person at your company to serve as your mentor and offer the guidance you need. It could be a senior person on your team or another manager, but don't shy away from seeking support when your boss can't provide it.

4. Use it as an opportunity to grow your career

It's often the case that when someone manages a team, and that team delivers on key initiatives, the boss gets most of the credit. The benefit of having a boss who's not around much is that it might give you an opportunity to not only take on more responsibility, but also get recognized by the higher-ups at your company. For example, if your boss asks you to present at a key meeting because he or she isn't available, that's a chance for you to showcase your own skills and get ahead.

Though having an absentee boss is usually preferable to dealing with a micromanager, it's also far from ideal. So don't just sit back and continue feeling ignored. Be communicative, insist on a regular check-in, seek help from other people at your company, and take the opportunity to hog the spotlight a little. With any luck, you'll one day get promoted to your boss's level, at which point it may not matter that your boss was never there for you.