Breaking the news that salaries are holding steady isn't easy. Here's how to approach those tough conversations.

Being a manager doesn't just mean snagging a corner office and getting to call the shots; it also means making tough business decisions and, in some cases, being the bearer of bad news. If your employees won't be getting a raise this year, whether due to a company decision or one you made yourself, you'll no doubt find yourself in a tough spot when the time comes to let them know. Here's how to break the no-raise news firmly but compassionately.

Being denied a raise isn't something to be taken lightly, so as you have those conversations with your employees, don't be surprised if their reactions run the gamut from sad to hurt to downright outraged. This is all normal, and to be expected, so let your workers say their piece and take a few minutes to process the information being thrown at them. You might even encounter a few tears, so it wouldn't hurt to have a box of tissues at the ready. 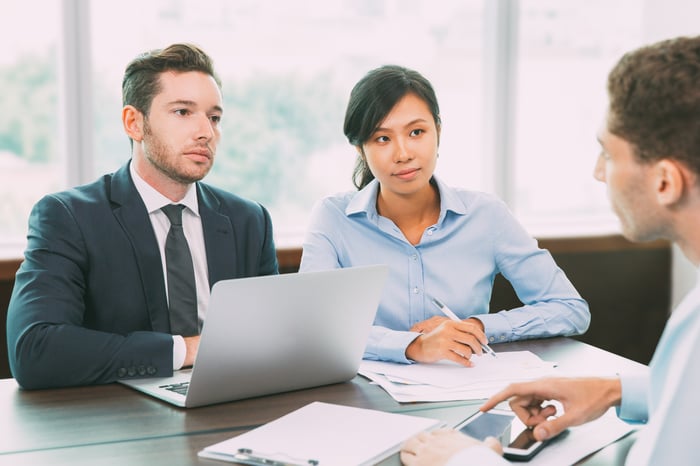 Nobody wants to lose out on a raise, but one of the worst things you can do in this sort of situation is make excuses for why increases aren't being given out. Your employees are bound to want to know why they won't be getting raises, so be straight with them. If it's because of companywide budget cuts, say so. If it's a matter of personal performance (meaning an employee didn't meet expectations), come clean about that, too. The latter is, of course, a much trickier situation to deal with, but the last thing you want to do is lie and pretend that nobody on the team got a raise when, in fact, that's not the case. Remember, co-workers talk, and if you get caught in a fib, you'll damage your relationship with those who may have otherwise come to trust you.

While some of your employees might more easily accept the news that they won't be getting a pay increase, you may find that others are less shy about arguing their case. And really, you can't blame them. But no matter what happens, it's important that you stand your ground and make it clear that your decision is set in stone (assuming it is, of course).

This means that if an employee pulls at your heartstrings and insists that she needs a boost because she's having a baby, be sympathetic, but shut her down -- gently. Or, if an employee starts hurling accusations that you and the company are being cheap or unfair, calmly but firmly explain the reasoning behind the decision. Incidentally, more than half of U.S. employees received no pay increase over the past 12 months, so if anyone tells you that annual raises are a common practice, you can easily beg to differ.

4. Offer some hope for the future

It's disheartening for employees to hear that their salaries won't be going up, so much so that the news could quickly start to impact their performance. After all, it's hard to stay motivated when you feel like all of the work you did over the past year was for nothing, and that you're not appreciated. That's why it's critical to offer a glimmer of hope when you're dishing out bad news about the current year.

You might, for example, tell your employees that while there's no flexibility at present, maybe the company will do better next year, at which point raises could be back on the table. Or perhaps a given employee will qualify for a promotion mid-year, and get a pay boost to accompany that title change. While you don't want to give your employees false hope, you do want to give them some hope. Otherwise, their productivity might take a serious plunge, along with their collective attitude.

Telling your employees they're not getting a raise is by no means an easy conversation to have. Approach it wisely, and with any luck, you'll survive what could be a harrowing series of discussions for everyone involved.