The job market in the United States has quickly evolved into one where having well-developed digital skills can help you get ahead. In fact, for many workers across numerous industries, the demand for workers with digital skills has increased markedly, according to a new report from the Brookings Institute.

Researchers analyzed changes in the digital needs of 545 occupations covering 90% of the U.S. workforce in all industries between 2002 and 2016. If found that during the time span the percentage of jobs requiring only low digital skills dropped from 56 to 30. During the same time period, jobs requiring medium digital skills climbed from 40% to 48%, while positions requiring high digital skills rose from 5% to 23%. 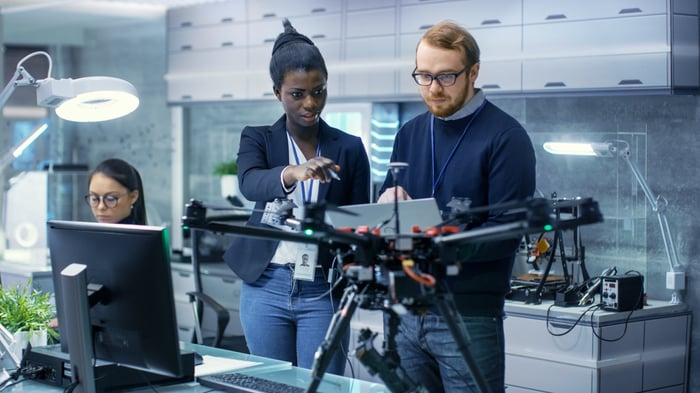 This change has affected workers across the economy, as even positions that once required no technical skills, or very few, now demand at least some level of digital understanding. It's not just that the job market has created more demand for people with a high level of digital skills; it's that the need for those skills has increased in nearly every field.

"We definitely need more coders and high-end IT professionals, but it's just as important that many more people learn the basic tech skills that are needed in virtually every job," said Mark Muro, a senior fellow at Brookings and the report's author, in a press release. "That's the kind of digital inclusion we need. In that respect, not everybody needs to go to a coding boot camp, but they probably do need to know Excel and basic office productivity software and enterprise platforms."

Get skills, pay the bills

In addition, gaining digital skills can keep workers from losing their jobs. Nearly 60% of the work done in low-digital occupations is susceptible to automation, while that's true of only 30% of the tasks in highly digital occupations.

What does this mean to you?

No matter where your digital skills fall, they can probably be improved. In the current job market, nobody looking to stay employed should lack basic computer skills. That means that if you don't understand Microsoft Office, including Word, Excel, and PowerPoint, as well as know the basics for a variety of social-media sites, it's time to learn those skills.

For those who have the basics down, it's important to get trained in the relevant technology being used in their industry. There's no standard for what that means, but you don't want to be the last doctor using paper charts while the rest of the practice does everything on tablets.

The same is true in nearly every profession where digitization may be happening at different speeds, but it is happening. Nearly every worker needs to get comfortable with the idea that technology is becoming more a part of whatever it is he or she does. That's not going to change, and anyone who resists technology is likely to be left behind.