After months of hard work, you finally snagged that promotion you were hoping for. There's just one problem -- you're not actually happy in the role. Quite the contrary -- whereas your former position had its ups and downs, your new role has caused you to utterly loathe setting foot in the office. What should you do?

Realizing you're miserable after getting promoted is a lousy situation to be in, but before you despair, know that you have some options for busting out of your rut. Here are a few ways to go about it. 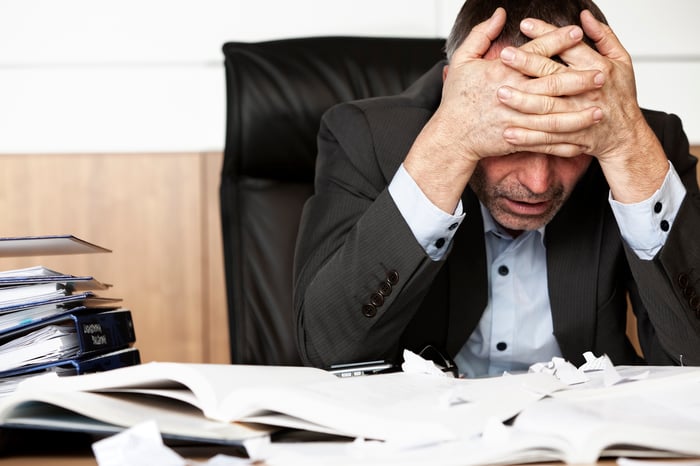 1. Figure out why you're so dissatisfied

When you reach the point where you're wholly unhappy at work, all of the issues you're having can easily get blurred into one overarching sentiment. So rather than harp on that misery, try pinpointing its actual source. Is it the longer hours, the nonstop meetings, or the new work you're doing itself? Once you determine why it is you aren't content, you can take steps to address those factors individually before running to HR and pleading for your old job back.

2. Change the scope of your job

Getting promoted often means taking on new responsibilities, some of which you may come to despise. But if the idea of tackling those particular tasks causes you to feel miserable about coming to work on a whole, why not try unloading some of them? For example, if you don't like sorting through data, try delegating that task to one of your direct reports. If you're not a fan of presentations, try sharing the burden with your eager assistant who's also a self-proclaimed graphics whiz. Just because you're on the hook for certain tasks doesn't mean you actually have to do them yourself, so see what options you have for assigning them out.

3. Be honest with your manager -- and yourself

If you're still unable to make your new situation work, then it may be time to be honest with yourself -- and your own manager -- about the fact that your new role just isn't working out. From there, it's a matter of seeing what your company is willing to do for you. Perhaps your boss will agree to address the aspects of your role that are getting you down, or allow you to return to your former position and find someone to replace you.

Keep in mind, however, that the latter option could have some consequences. For example, you most likely won't get to retain that nice little salary bump that came along with your new title. Furthermore, be prepared for the fact that the specifics of your old position may have changed since you took on your promotion.

Of course, this assumes that your old job is indeed up for grabs. It may very well be that your former role was filled or phased out, in which case if you can't stand your new position, you really have two choices -- stick it out and hope it improves, or dust off your resume and look for a job elsewhere. Neither is ideal, but both options are better than resigning yourself to months or years of misery on end.