You sailed through the interview process at a new company, got a job offer, and after some consideration, decided to accept. But what happens when you have second thoughts and realize that saying yes to that offer was a big mistake? Can you go back and decline the offer shortly after the fact?

It's a situation many folks have found themselves in, but a tricky one nonetheless. On one hand, you don't want to move forward with an offer that's wrong for you. On the other hand, you risk tarnishing your reputation by saying yes and then reneging. What to do? 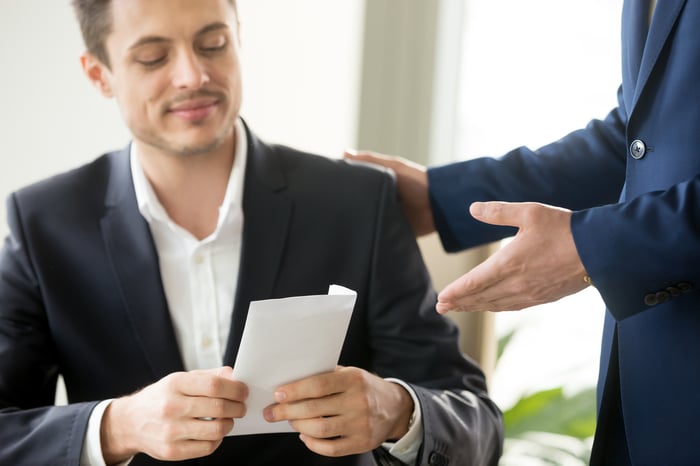 Though declining a job offer after saying yes is rarely the ideal thing to do, it's sometimes the necessary thing to do. Here's how to handle it.

1. Have a live conversation

The company that offered you a job was probably thrilled that you said yes, and even if only a few days have gone by since that exchange, there's a good chance it's already been making plans for your arrival. Therefore, that company deserves far more than an email brush-off if you've decided to go back on your acceptance. This means that you'll need to pick up the phone and have a live, potentially uncomfortable conversation.

Will it get ugly? Maybe. But if you conduct yourself professionally, chances are the person you break the news to will do so as well.

You know the expression "beating a dead horse?" It doesn't really apply here. Though apologizing repeatedly throughout that conversation won't change its outcome, it doesn't hurt to go heavy on the "I'm sorry" front. Though you may have your reasons for declining that job offer after already accepting it, you're technically leaving the company that made that offer in the lurch -- so don't be shy about expressing regret.

The company whose job offer you accepted and are now changing your mind about deserves an explanation as to why things are shaking out the way they are. So give them one. If you realized a few days after the fact that your would-be work schedule won't align with your lifestyle needs, say so. If you came to the conclusion that the role doesn't offer the upward mobility you were hoping for, come clean. Finally, if you're having second thoughts about leaving your current employer because you're comfortable in your present role and want to see where it takes you, you can state that as well. All of these reasons, and others, are perfectly valid, so indulge the person on the other end of that conversation to soften the blow.

Of course, avoiding a scenario where you've accepted a job and then changed your mind is the far better way to go, so let this be a lesson to never say yes to a job offer on the spot. Doing so can backfire in a number of ways, because in an effort to get in a company's good graces, you might end up going back on your word and getting on its bad side. Changing jobs is a major decision, so if you're being pressured to respond to an offer quickly, push back. Otherwise, you might land in a tough situation once you say yes and realize you've made a mistake.

Can You Change Your Mind About a Job Offer After Initially Accepting? @themotleyfool #stocks Next Article
Current