Countless workers of all ages dream of venturing out on their own and pursuing their passions rather than rotting away at a meaningless office job. Now data shows that the millennial generation in particular thinks this route is fairly within reach.

According to Swell Investing, a good 40% of employed workers between the ages of 18 and 34 think they'll one day be financially secure enough to leave their full-time jobs in favor of independent pursuits -- pursuits they'll be able to focus on for at least a year or more. But while it's great to see millennials thinking so positively, they may be a bit misguided with regard to the amount of money it'll take to follow their dreams. In fact, 21% of younger workers think they'll need less than $15,000 to quit their day jobs and go out on their own for a year or more. 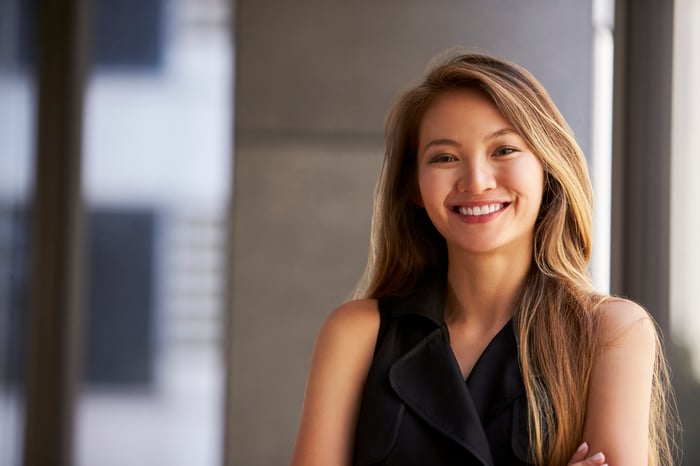 Now the truth is that without a crystal ball, it's almost impossible to predict how much money it'll really take to pursue one's individual passion. But the reality is that $15,000 is most likely a lowball estimate, particularly in the case of going the self-employed route and starting a new business. That's because it can take months for a fledgling venture to turn a profit, and unless your living expenses are remarkably low, $15,000 may not cut it.

Still, that doesn't mean that you shouldn't go after your dream career. Rather, just make sure you're adequately prepared, both logistically and financially. Here's how.

1. Start with a side hustle and work your way up

Maybe you're dreaming of quitting your accounting job and opening up a doggie day care center. That's certainly a worthwhile pursuit, but before you go from one extreme to the next, it makes more sense to do some dog-sitting on the side and see how it goes. You may come to find that while you love spending time with animals, dealing with their owners is another story. You may also come to realize that operating such a business is costlier than expected, and therefore less lucrative.

No matter what your dream gig entails, do it as a side hustle first while you're still gainfully employed. This way, you'll get a better idea of how much time, effort, and money you'll need to be able to focus on it full time. As an added plus, working a side gig on top of your regular job will put extra money in your pocket, which you'll need once you kiss that steady paycheck goodbye.

2. Save a bundle before quitting your day job

We all need three to six months' worth of living expenses on hand to protect ourselves from the unknown. But if you're quitting a day job to pursue your passion, it's even more crucial that you amass some savings. While $15,000 is a good start, remember that if you're starting a new business, you're bound to need some money to get it off the ground. You'll also need money to pay your bills while you sort through the kinks and grow your client base. In other words, build a sizable emergency fund that covers not just your start-up costs, but a solid six months of bills -- because you may not earn any money during that time.

3. Have a backup plan in case things don't work out

There's no need to let your fear of failure prevent you from pursuing your passion. At the same time, your dream gig might end up being a major financial bust. That's why it's important to have a backup plan in case that happens. Will you revert to your old career? Take out a business loan if money is the sticking point? Move back in with your parents to conserve funds? There are countless roads you might take if your venture doesn't pan out, but have an idea as to what you'll do so you're not left scrambling down the line.

It's an unfortunate statistic that 52% of Americans identify as unhappy at work. If you're one of them, or if there's something else out there you'd rather be doing, it absolutely pays to go after it. Just be sure you're truly prepared before making the leap.

Is $15,000 Enough for You to Follow Your Passion? Some Millennials Think So @themotleyfool #stocks Next Article
Current