Please ensure Javascript is enabled for purposes of website accessibility
Log In Help Join The Motley Fool
Free Article Join Over 1 Million Premium Members And Get More In-Depth Stock Guidance and Research
By Maurie Backman – Apr 6, 2018 at 6:32AM

New to your job? Don't fall into these traps.

Starting a job is both exciting and nerve-racking. Whether it's your first job or your fifth, there are certain mistakes you'll want to avoid early on at your new company. Here are a few big ones.

It's natural to want to come off as smart when you first join a firm. But don't cross the line from intelligent to conceited -- you'll not only annoy your new boss, but also alienate your colleagues in the process. A better bet? Accept other people's input early on, even if you're confident you have things covered. You never know when you might learn something pivotal, and even if you don't, a little humility will help you start off on the right foot. 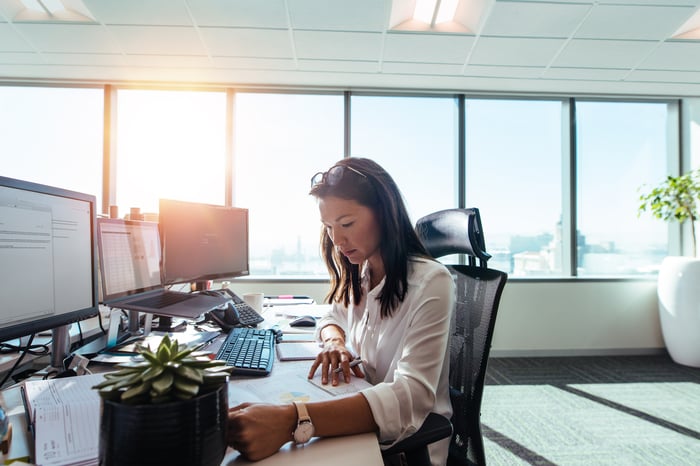 2. Not asking for help

When you're new to a job, the last thing you want to do is appear incompetent. But remember, there's a learning curve whenever you start a new role, and if you don't swallow your pride when you have questions, you'll risk making a major mistake that could cause you to come off as ill-informed and irresponsible. So rather than aim to go it alone, ask questions when you're not sure how to approach a particular task. If your boss isn't available, turn to your peers. Chances are, you'll find someone willing to help.

Maybe, despite your best efforts, you botched an assignment early on that's apt to make you look bad. Tempting as it may be to cover it up, don't do it. You never know what repercussions might ensure, and if you don't try to learn from your error, you're likely to repeat it. So take a deep breath, march over to your boss's office, and own up to your blunder. If anything, your manager will probably appreciate your honesty.

It's hard to gauge your own performance when you're new to a role, but that can be problematic for a couple of reasons. First, if you don't know where you stand, you won't have a chance to do better if needed. Second, the more time you spend doubting your abilities, the more mental energy you'll waste. Therefore, it pays to initiate a sit-down with your boss early on if your manager doesn't suggest one. This way, you'll get the feedback you need at a time when it can truly make an impact.

When you're new to a job, it's natural to focus on the work at hand, as opposed to devoting your attention to the people you're working with. But while you don't necessarily need to befriend your co-workers from the get-go, you should at least make an effort to get to know them. Rather than keep your head down during those early weeks, pop over to different people's desks and introduce yourself. If you're not great at small talk, initiate conversation in the context of needing help with a problem and see where that goes. You never know when a courteous colleague might help you out of a jam, so don't play it too cool in the beginning.

Starting a job on the right foot can set the stage for success. Avoid these mistakes, and with any luck, that transition will be smooth.