Please ensure Javascript is enabled for purposes of website accessibility
Log In Help Join The Motley Fool
Free Article Join Over 1 Million Premium Members And Get More In-Depth Stock Guidance and Research
By Daniel B. Kline - Apr 10, 2018 at 6:47AM

Increased awareness has not solved or lessened the problem.

While the issue of gender pay inequity has been all over the news, employers in the United States have not made collective progress toward solving the problem. In fact, the third annual Gender Equity report produced by Visier shows that the pay gap has increased for women under age 40.

In 2015 women under 40 earned an average of $0.81 for each dollar earned by their male counterparts. That improved to $0.82 in 2016 before getting worse in 2017, falling to $0.79 per dollar, according to the study. Visier's study examined a subset of its customer database: over 60 companies with a total of 1.5 million U.S.-based employees. 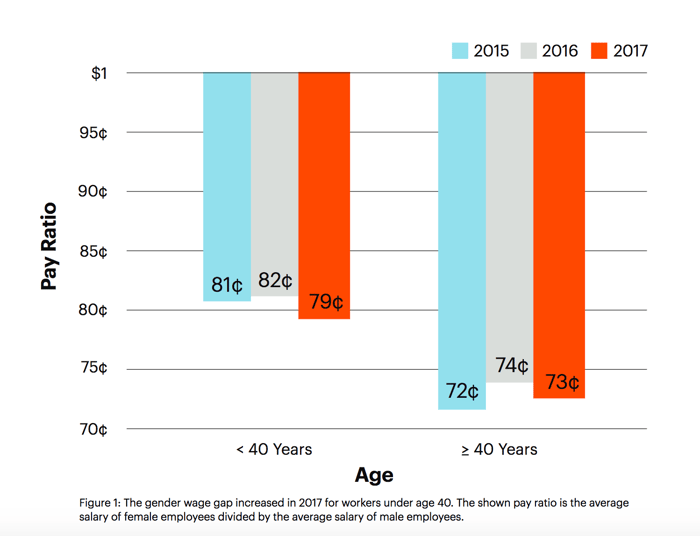 Pay rates are not based on performance. That's clear because while gender-pay disparity has not lessened, women have actually increased their lead over men in how they do their job.

"Despite the higher likelihood of women being top performers, there is a considerable gap between the proportion of men who are managers and women who are managers," according to the Visier study. "In 2017, 18% of men held manager positions compared to only 12% of women. Given managers on average earn two times the salaries of non-managers, this gap contributes significantly to the overall gender wage gap." 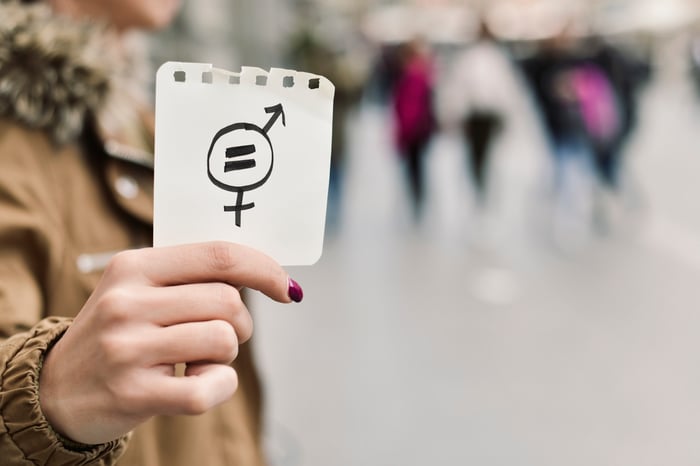 Work needs to be done

While you would think the awareness the millennial generation has of this issue would help correct the bias, that's not actually what's happening. Women under 40 actually receive nine promotions (and the associated gains in pay) for every ten that go to men.

There is, however, some positive light at the end of the tunnel. Over age 40, the promotions trend actually inverts, with women receiving slightly more promotions than men.

Gender pay bias is not an issue that will be corrected simply through awareness, or a more enlightened generation assuming more power. It's one that companies need to take active steps to address.

Ideally, pay should be equal for two people who perform equally well in the same role. In addition, promotions should be doled out based on merit.

Neither of those things is happening yet, which suggests this issue needs a lot more active attention from companies. This is a solvable problem, but you have to understand what's wrong in order to fix it.