Please ensure Javascript is enabled for purposes of website accessibility
Log In Help Join The Motley Fool
Free Article Join Over 1 Million Premium Members And Get More In-Depth Stock Guidance and Research
By Maurie Backman - Oct 15, 2017 at 11:04AM

Public opinion states that it's more crucial for men to support their families than it is for women. And some women may be buying into it.

Gone are the days when men were expected to go off to work and women were expected to have dinner waiting on the table when they get home. It's estimated that roughly 15% of men between the ages of 25 and 54 don't work, and while some of that boils down to a lack of education or experience, a growing number of men are actively choosing to stay home and raise families while their female partners bring home an income. In fact, as of 2012, 16% of U.S. parents identified as stay-at-home dads.

But even though countless women are contributing to, if not outright sustaining, their households, most Americans continue to uphold what can only be described as a downright archaic sentiment -- that it's more important for men to provide for their families than it is for women to do the same. Such is the result of an in-depth Pew Research Center study, which found that 71% of U.S. adults feel that men need to step up and support their families financially to be considered good partners. By contrast, only 32% feel the same about women. The question is: Why? 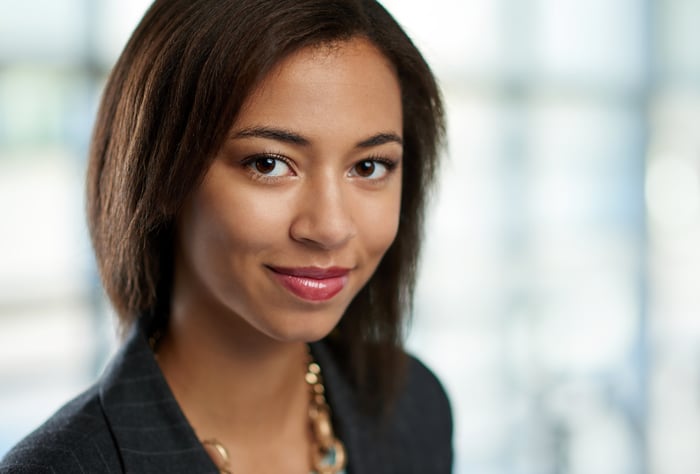 Men are still the higher earners

When we think about why financial expectations seem to be lower for women than for men, it's hard to forget that women typically earn less. Though there are always exceptions, generally speaking, women earn just $0.76 for each dollar their male counterparts bring in. As such, it's often the case that when a child comes into the family mix, or the need to care for a loved one arises, it's the lower earner -- the woman -- who bows out of the workforce.

In fact, in most U.S. couples, men earn more money than women. Yet an estimated 31% of married or cohabitating women contribute at least half of the couple's total income. Furthermore, 28% of women earn more than their husbands or partners. But even if women do, generally speaking, contribute less to their households, the fact that less importance is placed on those contributions sets the stage for a series of financial mistakes that could come to plague women later on.

Take retirement, for example. Although they often save at higher rates, women typically have less money in retirement than men. And while part of that stems from lower earnings, it's also a function of not getting a proper financial education. In a recent study, only 18% of retirement-age women were able to pass a basic quiz on how to make a nest egg last, while 35% of retirement-age men managed to pass. Given that an estimated 90% of women will eventually be tasked with managing not only their own finances, but also their families' finances, down the line, that's a definite problem. 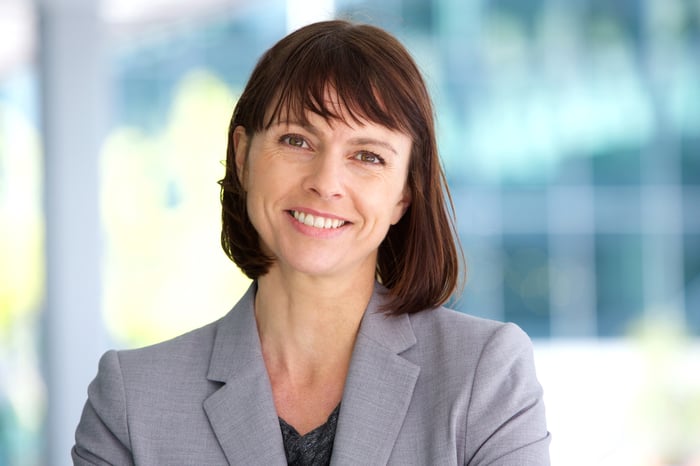 Why are women so uninformed about retirement? It could be that they've come to accept their roles as lesser contributors, and may have, in turn, adopted a "why bother?" mentality. That sort of attitude could come back to bite women when they outlive their male partners, which they're statistically likely to do.

So what's the solution? We can't snap our fingers and make the wage gap magically disappear, nor can we change the public's attitude about a woman's role in her household's finances. But what we can do is encourage women to get schooled on money management and retirement planning, and to keep plugging away at their jobs, whether society thinks it's essential for them to do so or not.

Women have much to gain by remaining employed and contributing to their households, even if at a lower rate than their male partners. Not only does working longer boost Social Security benefits, but it also enables women to fund their own nest eggs and take retirement savings into their own hands, as opposed to relying solely on their husbands or partners to fund their golden years. And who knows? If enough women keep boosting their skills and growing their careers, we may reach a point where men and women are regarded as equals in personal and household finances -- and that would be a welcome victory in an otherwise ongoing struggle.