When it comes to retirement planning, women have a few distinct advantages over men. Because they're typically less confident investors, they're more likely to do their research and ask questions, which leads to fewer impulsive decisions. Women also tend to be more patient than men, as evidenced by the fact that they're known to hold investments for longer periods of time and engage in significantly less trading activity, which can cost money and lead to losses.

Furthermore, women tend to be more disciplined than men when it comes to retirement savings. According to Vanguard, despite the fact that males typically out-earn females, women tend to save at higher rates. And while only 66% of men contribute regularly to an employer-sponsored retirement plan, the participation rate among women is 73%. 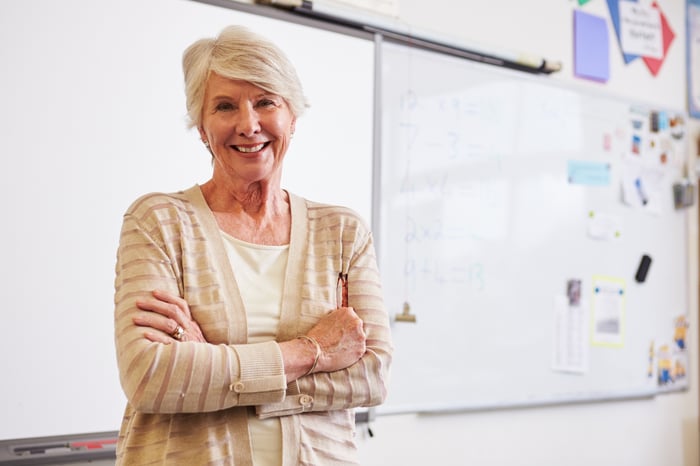 It's somewhat surprising, then, to learn that while women seemingly have a good handle on retirement savings, the one thing they're lacking is financial education. Recent findings from The American College of Financial Services reveal that most women are ill-equipped to make long-term financial decisions. In fact, only 18% of retirement-age women were able to pass a basic quiz on how to make a nest egg last, whereas 35% of retirement-age men were able to pass.

Given that many women are already off to a good start on the savings front, it pays for females to educate themselves on how to invest for retirement and manage a nest egg. Otherwise, they stand to encounter some major challenges down the line.

Though there are many aspects that go into retirement planning, near- and current retirees should have some basic knowledge of the following:

Then there's healthcare. Recent projections tell us that the average healthy 65-year-old couple today will spend $400,000 or more on medical care in retirement, not including long-term care, which is a whole other expense. In fact, 70% of seniors 65 and over wind up needing long-term care, and if you're lucky enough to just require an assisted living facility, you'll spend an estimated $43,539 per year. A nursing home, by contrast, will set you back over $92,000 a year for a private room.

Now let's talk about Social Security. In a nutshell, if you worked and paid taxes into the system, you're entitled to collect your own benefits beginning at age 62. It often pays, however, to wait until your full retirement age to take benefits because if you claim them early, you'll face a permanent reduction. If you didn't work, you'll still be entitled to spousal benefits from Social Security, but the age at which your spouse files can impact your ultimate payout.

Another important piece of the retirement-planning puzzle is knowing how much of your nest egg it's safe to withdraw each year. Many financial experts swear by the 4% rule, which states that if you begin by removing 4% of your savings balance during your first year of retirement, and then adjust subsequent withdrawals for inflation, your nest egg should last for 30 years. There are ways to play around with this rule, however, and it's best to develop a more personalized strategy to make the most of the money you've saved.

Of course, all of this is just a quick snapshot of what retirement planning entails. But if you're a female nearing retirement, you should make sure to read up on these various points, even if you have a male partner to share in the responsibility. Because women tend to live longer than men, an estimated 90% of females will eventually come to manage their family's wealth and be responsible for their own finances down the line, so the more you prepare, the better you'll fare in the long run.