Please ensure Javascript is enabled for purposes of website accessibility
Log In Help Join The Motley Fool
Free Article Join Over 1 Million Premium Members And Get More In-Depth Stock Guidance and Research
By Daniel B. Kline – Apr 17, 2018 at 6:46AM

Not having a boss is great, but there are downsides.

The advantages of being self-employed are significant. You don't have a boss, you may not need to stick to set work hours, and as long as you don't owe a client or customer, there's nobody to tell you not to take an extended lunch break.

In fact, I'm writing this article at roughly 7 a.m. on a Sunday from a coffee shop overlooking the Las Vegas casino where I spent last night playing blackjack. As a self-employed, full-time contract writer, I have an enormous amount of freedom in terms of where and when I work.

Of course, that's not true for all self-employed people. Some are tied to clients, traditional hours mandated by their profession, or other societal norms. Still, not being beholden to a boss offers many delightful advantages for those who can handle it.

For some, though, the freedom is too much. There are some big negatives to being self-employed that may make some people think twice about taking the plunge. 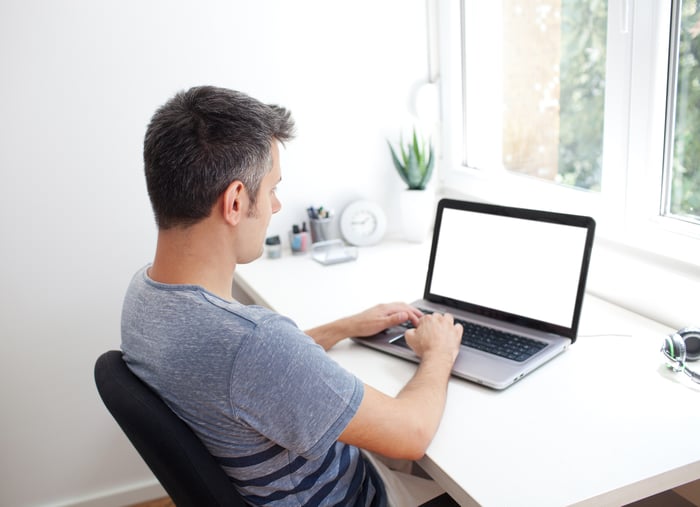 You carry every expense

When you work for a company, there are certain things that you take for granted. For example, as I mentioned above, I'm writing this in Las Vegas, where I'm visiting to moderate a panel at a trade show.

If I were a traditional employee, the company I worked for would decide if the expense of sending me to do this made sense. It's a fairly prestigious spot that's good for the exposure, but it's hard to translate the value of that to dollars.

As a self-employed person, I have to pay my own way. Though many speaking engagements come with free hotel rooms or travel reimbursement, this one did not (and sometimes the ethics of my profession require turning that down anyway). That makes the decision much harder, because while my appearance will increase my own recognition and standing in the industry, it won't do anything for my bottom line. (Ultimately, the location of the show -- and my ego -- won out.)

You have to worry about taxes

Though estimates vary, the roughly 10% of people in the U.S. who are self-employed have to make sure they handle all of their taxes correctly. In general, that means taking responsibility for something an employer generally does.

There are lots of different ways to handle this, and an accountant can advise you as to what's best for you. A self-employed person with employees, for example, may approach things differently than one who works alone. The same is true for someone with varied income sources versus a freelancer making all of their money from one source.

You don't get benefits

The self-employed have to figure out benefits for themselves. Health insurance has been a bit of a moving target, and individual access to it varies greatly by state. Retirement saving is a bit easier as there are lots of options, including using an outside company to set up a plan for you (which, of course, you have to fund on your own).

Being a one-man shop or the head of a small company takes discipline and organization. For example, even though I am incorporated, use a payroll company, and have accounting help, the buck still stops with me. I've been late paying myself because I forgot to authorize the payroll and because I neglected to transfer money to the right account.

I've had to scramble to find mediocre health insurance, and I've dealt with the fact that there are no sick days when your income depends on you working. Still, with discipline, all of this can be overcome.

I'm working early on a Sunday morning to generate income to free up time to explore Las Vegas. I also worked on the plane, and sitting in the airport during a delay. It's easy to not do that, and if you're not the type of person who works now because who knows what may happen later, well, self-employment may not be for you.

If, however, you have the discipline to do what needs to be done, you sometimes get to spend the afternoon at the pool with no boss telling you that you can't. That's a fair trade-off for me, but it's not for everyone.