You might be a very good worker with impeccable job performance who actively seeks to support your coworkers, but people may still not like you. If that's the case, it's often a combination of little things causing the problem: You're not mean or a jerk, you're just making a lot of small mistakes that cause people to turn against you.

Sometimes it takes self-awareness to stop these behaviors, which may have very little to do with your actual job performance. What's important is to note the small choices you're making each day. Fix these things and you can change how your coworkers see you. 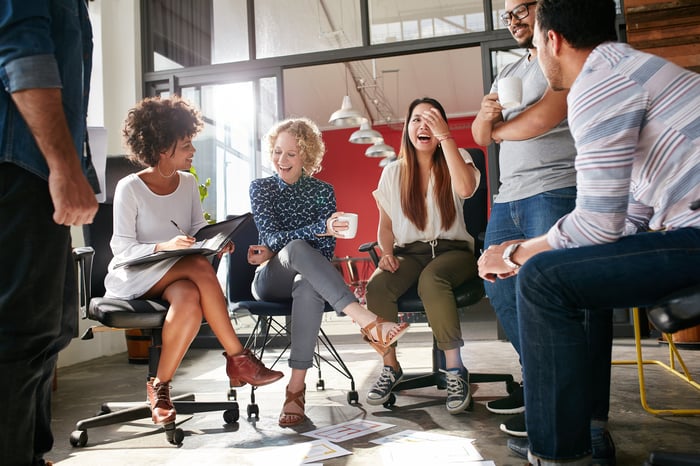 Being a good coworker is about more than doing your job well. Image source: Getty Images.

Don't take all the credit

Even if you think you completed a project all on your own, your coworkers may not see it that way. Be generous in sharing credit and recognizing other people's contributions. Even if you don't think you got much help, acknowledge anyone who worked with you and celebrate any success as a team win.

If you're not the boss, don't take over by force of personality. Even if you're a natural leader working with people with no inclination to be in charge, you should still work to get buy-in from everyone involved instead of making unilateral decisions. People like to be included and consulted even if they are going to go along with what you want.

Of course, if someone else has a suggestion, make sure that it gets serious consideration. Let other people have their way sometimes, and it will be easier to get yours when it's really important to you.

Many years ago, I worked in an office where one person was the star of the team. This star player was a workhorse and he was largely respected for that. Where he lost the respect of his coworkers overall was that over time, he gained a reputation for considering himself above the little things.

For example, if he had the last cup of coffee, he never started another pot. The same was true if he took the last paper towel in the bathroom. This person performed his job well, but he very slowly became disliked because he was the kind of guy who, if we ordered pizza for the office, expected that someone else would clean up after him.

He didn't lose the room quickly. Instead, his pattern of being inconsiderate built up significant ill will over time.

Think about other people

Being a good coworker requires conscious effort, aside from the actual work being performed. You need to think about the people you work with and be considerate of their feelings; be aware of your actions and how they impact others. That's a smart investment that should make your workplace more comfortable.