Please ensure Javascript is enabled for purposes of website accessibility
Log In Help Join The Motley Fool
Free Article Join Over 1 Million Premium Members And Get More In-Depth Stock Guidance and Research
By Daniel B. Kline - Updated May 31, 2018 at 3:15PM

The gig economy offers many a way to catch up or even get ahead, but too often, our debts are getting in the way.

If the words "side hustle" conjure for you an image of underpaid millennials using Airbnb or Etsy to supplement their incomes, you're only seeing half the story: A significant fraction of older workers are turning to side hustles to bolster their retirement savings, according to Betterment's Gig Economy and the Future of Retirement report.

Of the 1,000 people surveyed for the report, 40% feel they aren't in a position to save enough to support their lifestyles once they retire. In addition, 16% said they plan to supplement their income once they retire by working a side gig. 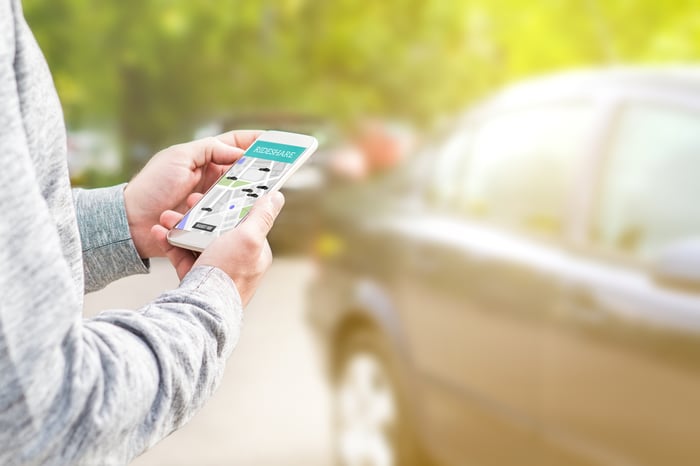 Driving services like Uber are a popular side hustle. Image source: Getty Images

Why a side hustle?

For its survey, Betterment queried 500 people whose chief source of income derives from the "gig economy," and 500 who work full-time for an employer, but also have side gigs. Of those with traditional jobs, 67% said their chief reasons for tacking on a side hustle were financial: They were saving for major purchases and paying off debts, among other things. But fully a third of those holding regular jobs cited insufficient retirement savings as their top reason for needing additional income -- and the percentages increase dramatically as workers get closer to retirement age.

While the need to save for retirement is one motivation for many side hustlers, current debt is the chief reason 68% said they have taken on gig economy work. Nearly half have non-mortgage debt of over $10,000, and workers with both full-time jobs and side hustles are actually the ones in the worst shape. Among that group, 72% have taken on a side hustle in order to get out of debt: 42% of those are paying off credit cards, while 33% are more focused on their student loans.

In some ways, the emergence of the gig economy has made it easier than ever for people with full-time jobs to take on added work. It also allows those seeking a flexible, freelance lifestyle the ability to have one -- though it's frequently not easy.

Making extra money, however, does not necessarily translate to a more secure retirement. Even side hustlers need a plan. Paying off high-interest credit card debt should be a top priority (along with any other high-interest debt). After that, it makes a great deal of sense for workers with traditional jobs to set aside a significant portion of any side hustle revenue into their retirement savings.

As for those making all their income from the gig economy: Without an employer setting you up with a 401(k) or pension, it's can be all too easy to focus on your immediate needs and let retirement planning fall by the wayside. Don't. You, too, need to put a priority on building up your nest egg. Otherwise, you could be left with a major shortfall when it comes time to retire.