Given the extent to which your career monopolizes your waking hours, it pays to make the most of it. For some of us, that means doing something fulfilling. For others, it means continuously climbing the ranks. And for you, it might be a combination of the two.

But if you're curious to know what other workers are striving for, Credit Loan recently conducted a survey in which it asked workers to list their most pressing career objectives. These were the three most common ones among men and women alike: 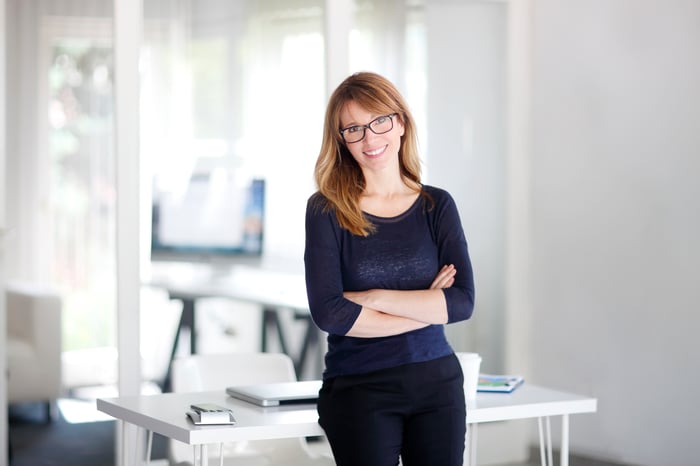 Clearly, these are some pretty desirable goals, so if they happen to also have a place on your list, here's how to make them happen.

Working from home offers a number of benefits -- namely, getting more flexibility in your schedule and saving money on commuting. Many managers, however, hesitate to let employees work from home because they fear that in doing so, they'll struggle on the communication front and see a decline in productivity.

If you want your boss to agree to let you work from home, show that you're worthy of that privilege. Establish a strong pattern of working independently and meeting deadlines, all the while making sure to communicate regularly with your team. You might also ask your manager to allow you to do your job from home on a part-time or trial basis initially with the understanding that if things don't work out, you'll revert to your old arrangement. This will put less pressure on your boss while giving you a chance to prove that you can perform well in a telecommuting setting.

We all want more money, and whether or not you get it often boils down to coming out and asking. But don't just dive into that conversation blindly. Rather, do your research ahead of time so that you're armed with data when you make your case. If you can show your boss that the average person with your job title earns 10% more than you do, your manager will have a hard time arguing.

Just as importantly, be prepared to show your boss why you're worthy of that extra money. Maybe you tend to jump in on weekend emergencies when the rest of your team sits back and waits for you to solve those problems. Maybe you recently instituted a process change that has since saved your company a notable amount of time or money. These are all things that are worth mentioning, so jot down some talking points in advance and support them with hard numbers when possible. For example, if your company creates websites and it now takes the average designer 30 minutes less to build one because of your efforts, that's something to highlight.

It always pays to hone the skills that relate directly to your line of work. For example, if you're an IT professional, learning the latest software programs will go a long way toward making you a more valued employee. But it's not just job-specific skills you should work on boosting. You should also read up on the soft skills managers tend to value the most, and improve in those areas where you feel you're lacking. For example, if you tend to be a bit scatterbrained at the office, take steps to become more organized. Play around with some scheduling apps to better keep track of your time, and declutter your workspace so it doesn't serve as a source of distraction. Boosting your general skills will buy you a degree of job security -- and the peace of mind that goes with it.

It's good to have career goals, but it's even better to achieve them. Follow these tips, and with any luck, you'll get to where you want to be.