One of the best parts of owning a family business -- family -- can also be its downfall. Working with relatives or planning to bring another generation into the company can be either rewarding or frustrating.

To keep your family business in the family, you need to have a plan that's well communicated not just to your family members but also to anyone else who works for you. If you don't do that, you set yourself up for failure.

Family business owners face a special set of challenges. They have to consider not only their own interests but also those of any family members who are involved as well as the needs of key employees. That's hard but not impossible -- as long as you avoid these traps. 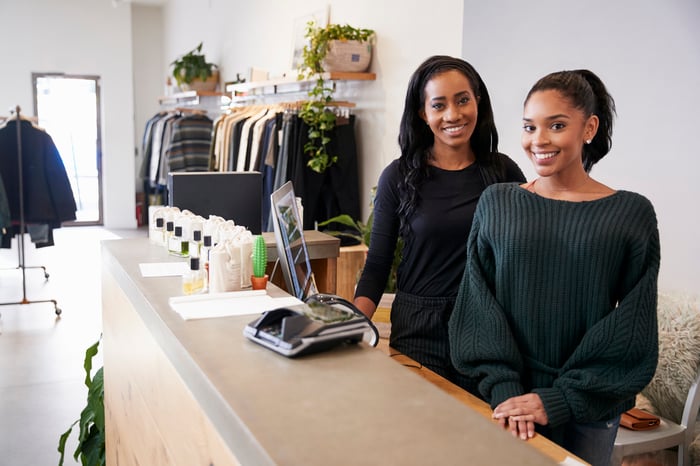 Families need to talk about every aspect of their business. Image source: Getty Images.

1. Don't give your kid too much

Back in the days when pro wrestling was a territorial business, sometimes the owner of a territory would "push" their kid whether he deserved it or not. That meant they would make their child the winner of matches and often the focus of the promotion with no regard to their actual ability.

Fans didn't like that. They would accept the second-generation player only to the level of his ability and would rebel if he was "pushed" above that level. You're doing the same thing if you take your child -- who might be good at just one aspect of the business or could need seasoning across the board -- and make him the boss or even the heir apparent. This does a disservice to both your child and your company.

2. Don't give your kid too little

I worked in my family business for four years and earned respect from the ground up. I spent time in all departments, got my hands dirty, and went on the road making sales. When I got put in charge of things, it was because leaders in the business who were not relatives wanted me.

My family was not as quick to recognize my contribution. I often had to fight for a seat at the table that my coworkers felt I deserved. It was a challenging situation that stemmed partly from an attempt to not break the first rule and partly from one to not acknowledge that someday, succession would have to be discussed.

3. Don't keep your plans a secret

As the owner of a family-run small business, you have to consider a lot of things. Will you be turning the business over to the next generation or selling it? Will you keep it owned by the family but run by a nonrelative?

You may not know the answers to these questions, but they should be discussed. When I joined my family business, it was immediately assumed by many of our 200 or so employees that I would eventually take over.

In reality, that was not something I was sure I wanted (I ultimately didn't), and it was certainly not something the older generation was sure of. We all did a bad job of communicating that to employees. That might have caused some people to leave because they thought I blocked their path to the top, and it gave others false security about the long-term future of the business.

Be open, maybe get help

These are not easy issues to discuss. If your child wants to take over and you don't think they are capable or you believe a nonrelative is a better choice, that's a difficult conversation. You may want to get outside help -- which can be anyone from a paid consultant to a trusted business advisor -- but you have to have the conversations.

Ideally, any involved family members -- owners and employees as well as anyone that would inherit a piece of the business -- should meet regularly. That could be monthly, quarterly, or even once or twice a year, but it needs to happen. Communication can help solve problems before they hurt your business.