Please ensure Javascript is enabled for purposes of website accessibility
Log In Help Join The Motley Fool
Free Article Join Over 1 Million Premium Members And Get More In-Depth Stock Guidance and Research
By Daniel B. Kline - Oct 2, 2018 at 8:01AM

There are now more open jobs than there are workers to fill them, and that situation will only get worse as the holiday season begins. Seasonal hiring will create even more demand for workers, and that should force companies to raise wages.

Median base pay for full-time workers has been steadily rising since January 2016, according to data compiled by Glassdoor. That number grew by 2.6% to $52,664 in September, up from a 2.5% increase in August, according to Glassdoor's latest Local Pay Report. 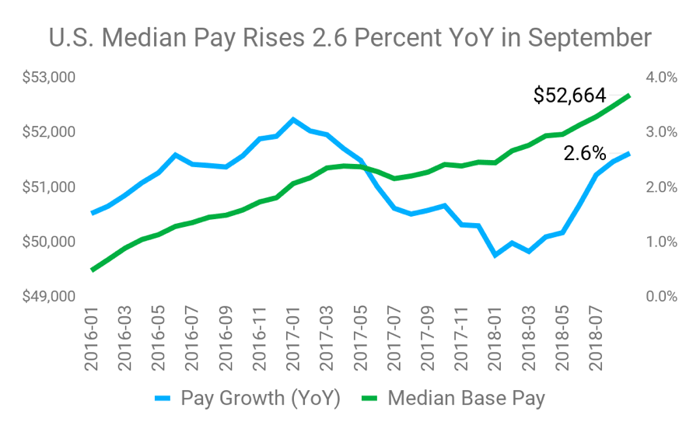 Which jobs are the biggest gainers?

Lower-paying jobs have generally benefited the most from rising wages. As you can see on the chart below, only one job that makes the list -- programmer analyst -- greatly exceeds the median -- while seven of 10 are well below it.

"Pharmacy technicians and emergency medical technicians experienced strong wage growth this month, more than twice the national average," Glassdoor reported. "Lower wage healthcare roles like these are heavily focused on human interaction with patients, making them more resistant to automation than other industries."

Healthcare jobs should continue to see wage increases as the aging population in the United States creates more demand. These are generally jobs that can't easily be automated, giving workers in these relatively low-paying fields more leverage. 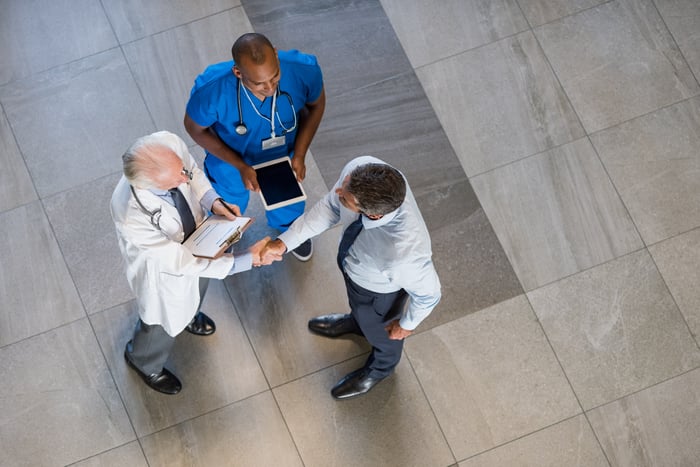 What are the highest-paying jobs?

Fields that pay better generally do not see wage increases on the levels of lower-paying jobs, at least on a percentage base level. That's not always the case, though, as supply and demand can lead to wage increases even in high-paying fields. As you can see below, the increase in wages for healthcare workers affects pharmacists, albeit not by the same percentage as it does lower-paid workers in the field.

If you have yet to pick your career or are considering making a change, research the long-term trends. Lower-paid jobs in retail and customer-facing sectors may end up being automated, while that's less of a risk for workers in the technology space or in healthcare.

It's also important to pick a line of work based on more factors than simply wages. Yes, it's important to make a living, but you also want to find a field that offers satisfying work and room for growth. Tracking salary and growth data, however, can help you know what you're getting into when you pick a certain field, and it's knowledge that may, for example, convince you to become a pharmacist instead of a pharmacy technician.