Conventional wisdom tells people to not do a lot of things. That's generally sensible. It is unwise to quit your job to move across the country to follow a potential significant other whom you just met. And it's probably not a great idea to tell your bosses what you really think of them.

At other times, however, conventional wisdom is really just about avoiding risk. Most people counsel against dropping out of Harvard to launch a website or leaving a high-paying job to pursue start-up dreams. But sometimes those choices do pay off, and if you never take a risk, you may cheat yourself out of your greatest possible success.

We're not saying be foolish or ignore your circumstances. Instead, our panel of Motley Fool contributors wants you to consider that there are times when making the "wrong" decision can work out well (or at least teach you a lot). 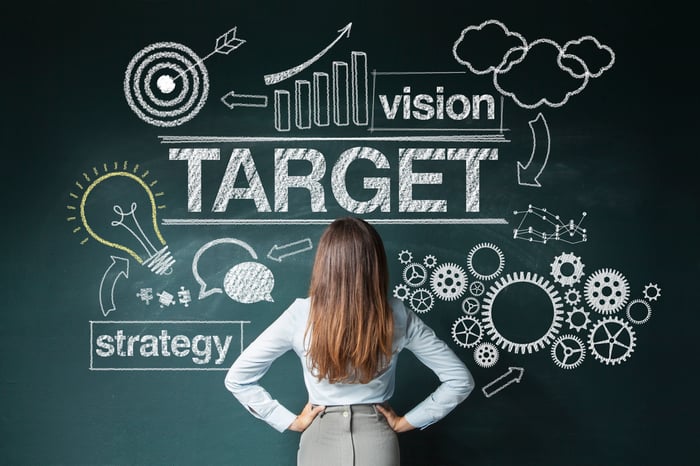 Ask for a raise

Selena Maranjian: Nearly two-thirds of American workers have never asked for a raise. That's the surprising finding from a survey of 160,000-plus people by the compensation-research site PayScale.com. It's actually a tragic statistic, as the same survey also found that among those who did ask for a raise, roughly 70% got one.

Clearly, you should at least give serious consideration to asking for a raise. There are some smart ways to go about it, too. First, for optimal results, it's best to deserve a raise -- by being a valued team player, a dependable producer, and/or a superstar in some other way(s).

It also helps if you find that compared with others in similar positions, you're underpaid. This is particularly likely to happen if you're a woman. In 2017, women working full-time year-round earned, on average, only 80.5 cents for every dollar earned by men, per the Institute for Women's Policy Research. So do some research before asking for the raise. You might use resources such as salary.com, glassdoor.com, salaryexpert.com, indeed.com, and the U.S. Department of Labor's Occupational Outlook Handbook.

Once you're ready, present your request calmly. Getting emotional about it won't be effective. You might ask in person or via an email, and be sure to include compelling reasons you deserve the raise. It's always good if you can list tangible, quantifiable achievements (for example, the marketing project you headed increased sales by 20%, or your cost-cutting has saved the company $375,000).

If you get the raise, congrats! If you don't, ask why you didn't, and what you need to do in order to get one. You might also ask for something instead of more pay, like more-flexible hours or permission to work from home once a week.

Maurie Backman: I spent a number of years out of college working at a hedge fund while doing freelance writing projects as time allowed, all the while enjoying that side hustle far more than my full-time role. When the time came for me to quit that finance job, I figured I'd ramp up on the freelance-writing front and aim to turn it into a full-time gig.

A few months into that arrangement, I was offered an opportunity on a temporary basis to design some content for a company that produced electronic toys. I took it, thinking it would be something interesting to try for a couple of months. But once that so-called temp period ended, something surprising happened: I was offered a permanent role at the company.

I hesitated at first. Designing toy content, though fun in its own right, wasn't something I saw myself doing. But since the opportunity fell into my lap, and I knew the toy industry was extremely difficult to break into, I figured I had to give it a try.

I eventually left that company and went back to focus on what I'll call more-serious content writing (well, more serious than toy content, anyway). But I'm glad I jumped at the chance to do something totally different. If anything, it has certainly made my career path an interesting one.

Quit without a real plan

Daniel B. Kline: Generally, you''re not supposed to quit a job until you have the next one lined up. That's even more true when you like your job, get paid well for it, and consider your boss a close friend.

About a decade ago, I was running a toy store. My salary was more than I had ever made as a journalist, my employees were great, and my boss was both someone I liked (and still do) and not at the store most days. It was an ideal situation -- except that in my definition of myself, I'm a journalist/writer and not a toy store general manager.

I waited until after the holiday season and took my boss aside to tell him I planned to leave. He was supportive and offered to give me freelance work as I figured things out. I stayed involved with the store (mostly in exchange for some very nice meals) as he tried to decide what to do next, but I had no actual plan.

Almost immediately, however, the nonprofit where my wife worked needed some help in public relations for an event they held. I pitched in, and that turned into a contract that covered about half of my time. From there, I pieced together writing work (along with lots of other things), and eventually I made my way to the career I have now.

I could still be running the toy store -- and I liked doing that -- but I quit in order to get to something I love.