Please ensure Javascript is enabled for purposes of website accessibility
Log In Help Join The Motley Fool
Free Article Join Over 1 Million Premium Members And Get More In-Depth Stock Guidance and Research
By Maurie Backman - Nov 9, 2018 at 8:36AM

Hiring tends to slow down during the holidays, but that doesn't necessarily mean you ought to give up on finding a job.

If you're in the market for a new job, you're no doubt aware that the process of reading through listings, sending out resumes, and going on interviews can be time-consuming. As such, you may be thinking of taking a break as the holiday season approaches.

In fact, some recruiters will tell you that the holidays are the worst time of the year to look for a job. The reason? Many offices are understaffed and grappling with year-end deadlines at that point, so hiring often isn't a high priority. Furthermore, since many companies work with annual budgets, a large number of businesses might run out of funds for new hires by the time December rolls around. 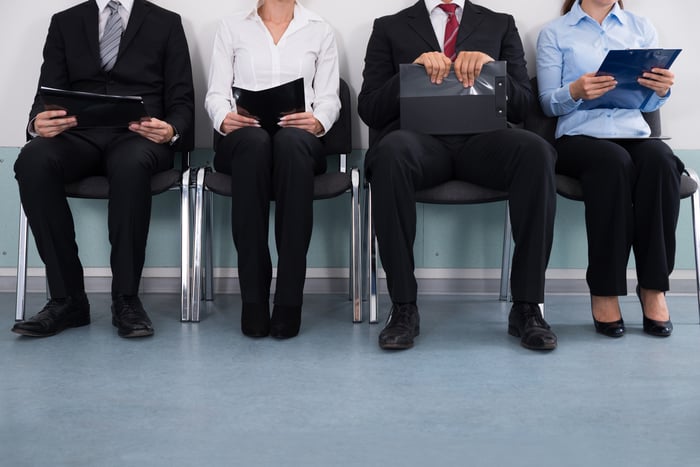 Still, that doesn't mean you should write off your job search entirely during the holidays. Keeping at it, in fact, might work to your advantage.

It pays to keep going

Looking for work during the holidays might seem like an exercise in futility, but in some cases, it can work out really well. First of all, just because many companies put hiring activities on hold toward the end of the year doesn't mean that all companies uphold this practice. If a given business is eager to fill a role, it might continue vetting candidates and holding interviews even while it's busy wrapping up year-end priorities. In fact, filling open positions might actually be a company's priority, so if you keep up your job search efforts during the holidays, you might find an opening and an employer that's willing to fast-track the hiring and on-boarding process.

Another thing to keep in mind is that you, as a job candidate, might have less competition during the holidays compared to other parts of the year. Many job seekers get busy with personal and family obligations during the holiday season, leaving them less vigilant on the job-search front and less available to attend interviews. Therefore, if you keep up your efforts at a time when others are scaling back, it might help get your resume noticed more quickly.

Finally, while you might have some difficulty finding lots of open full-time positions during the holidays, because workers tend to take a lot of time off during that period, many businesses inevitably find themselves in need of temporary help. Therefore, if you see an interesting temp position become available, don't write it off, because if you do it well, it could end up evolving into a more long-term role.

Though the holiday season certainly isn't the most popular time to look for a job, think twice before you put your search on an extended pause. You never know when a given company might be pushing to fill a role in time for the new year, and if you continue putting yourself out there, you could be the person who not only gets noticed for that job, but also gets hired for it.