It's no secret that many Americans struggle with work-life balance. And the pressure to put in extra face time at the office is likely a contributing factor. A surprising 78% of employees believe that working more hours is a key factor in getting promoted, according to new data from Bridge by Instructure.

The problem, of course, is that pushing yourself to work longer hours is a good way to create a situation in which you ultimately burn out and hurt your career rather than help it. And frankly, you deserve better. 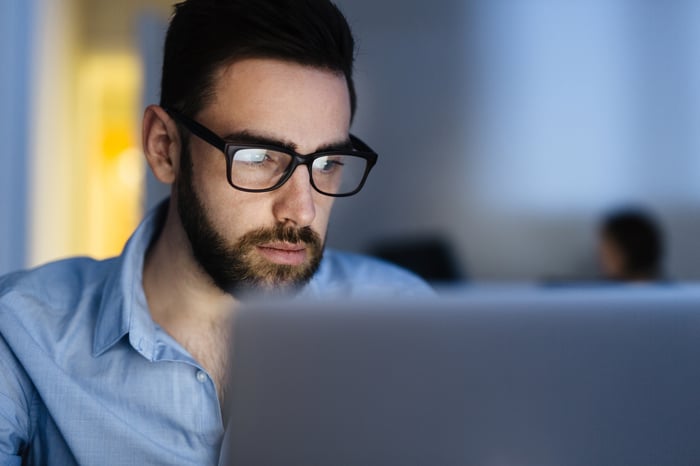 It's one thing to put in extra time at the office for a limited period to meet deadlines or to crank out material for a major initiative that's launching in the near future. But to consistently clock in long hours just for the sake of being present isn't necessarily going to make you a more valuable employee. In fact, it might actually hurt your chances of getting promoted if you wind up burning out and faltering performance-wise as a result.

Furthermore, long hours don't always correlate to increased productivity. According to a Stanford University study, employee productivity actually starts to decline once a given worker puts in 50 hours within the same workweek. Not only that, but productivity falls off a cliff once the 55-hour mark is reached in a given workweek -- meaning that someone who puts in 60 hours in the same week won't be any more productive than someone who puts in 55. Not only can working longer hours end up being nothing more than a waste of your time, but it can also compromise your physical well-being, leading to increased absences and poor concentration, neither of which will help your standing at the office.

That's why it pays to focus on quality of work over quantity of time. Rather than aim to put in a specific (and excessive) number of hours at your desk, focus on the things you want to accomplish and the goals your manager has set for you. If you're tasked with a major report, research its contents thoroughly and take the time to proofread it before submitting. But don't worry about whether you complete that report by working late; it shouldn't matter how long that task ends up taking as long as you do it well. The same holds true for other aspects of your job -- if you're good at what you do, you're more likely to get promoted by virtue of your strong performance, as opposed to the amount of time you spend in the office.

Of course, you don't want to be that person who's notorious for frequently leaving early and consistently coming in late. You should make every effort to be in the office when your manager expects you to be there. Just don't worry so much about working longer hours only for the sake of being present. If you do a lot with the time you spend at work, you'll make the case for a promotion without having to burn the midnight oil and lose sleep in the process.