Anyone who's been following the news lately knows that we're in the midst of a strong job market. But low levels of unemployment don't necessarily mean higher wages. That's something many workers are learning the hard way, so much so that 23% of Americans of all ages are still concerned about stagnant wages, according to data from Allianz Life.

If you can't remember the last time your income took an upward turn, it's time to take action rather than continue to be annoyed with your non-evolving paycheck. Here are a few moves to make now.

1. Come out and ask for more money

Many workers are intimidated by the notion of having to ask for a raise. Others feel they shouldn't have to be the ones to initiate those conversations, and that their earnings should go up each year by default. The fact of the matter is that asking for more money is a good way to make that happen, so if your wages have remained stagnant for quite some time, work up the courage to sit down with your manager and have that talk. Job site CareerBuilder reports that 56% of employees have never asked for a raise at work. Of those who have, however, 66% were successful, which means it pays to give it a shot. 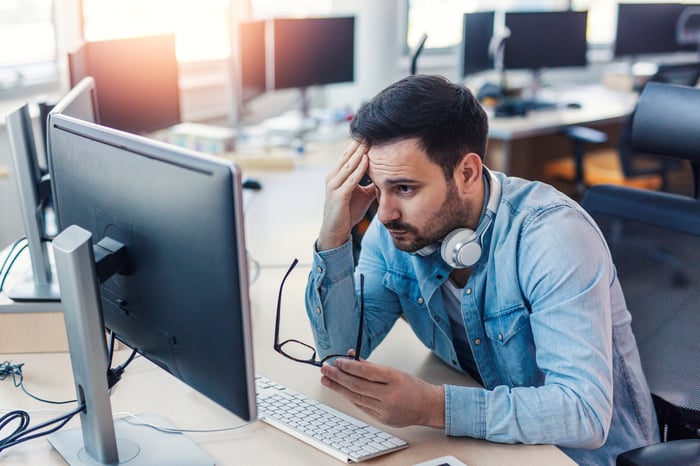 2. Know what you're actually worth

It's difficult to honestly evaluate your salary without a benchmark. After all, you might think you deserve a raise because you haven't had one in years, but what if your salary is still higher than that of the average person in a similar role? The only way to get to the bottom of that query is to do some research. Job site Glassdoor has a handy "Know Your Worth" tool that lets you compare data salary by job title and geographic location (keeping in mind that you'll generally make more in a large city than in a smaller one). Plug in some information and see how your earnings stack up. It could be that you're actually more than fairly compensated despite having not seen an increase in quite some time. And if that's not the case, you'll have data to present when you argue for a raise.

Many people feel entitled to raises year after year by virtue of remaining employed at the same company. And while it's true that the cost of living does go up year after year, and that employers should be considerate of that, your company might take the attitude that it doesn't need to pay you anything more for doing the same job you've always done. Rather than let that cycle continue, work on growing your skills so that you're able to add more value at your company and do more. That way, when you argue that raise, you'll have more of a leg to stand on.

4. Jump to another company

Sometimes, the best way to snag a boost in salary is to take your talent elsewhere. If, despite your best efforts, your employer refuses to increase your earnings, you might need to dust off your resume and apply to different companies. Starting out even a small notch higher on the pay scale could work wonders for your income over time, as the more you earn today, the more you stand to earn in the future.

If your salary hasn't increased in years, don't just stay silent about it. Instead, fight for the boost you deserve, and be prepared to move on if that doesn't happen. You owe it to yourself to be your own advocate, even if it means having some uncomfortable conversations along the way.