Today's workers crave flexible job schedules for many reasons, such as achieving a more ideal work-life balance or better managing family-related responsibilities. And employers who offer their staff that flexibility are often rewarded in the form of hard work and increased output.

But here's another reason why it pays to be flexible when it comes to setting work hours: Allowing your employees to do their jobs when they feel most awake will help improve their productivity and reduce errors.

It ties into a concept known as a chronotype, which is basically an individual biological rhythm that determines each person's optimal time to fall asleep and stay asleep. It's imperative that companies recognize the importance of helping their workers maintain a better sleep schedule -- both for their own sake as well as that of their employees. 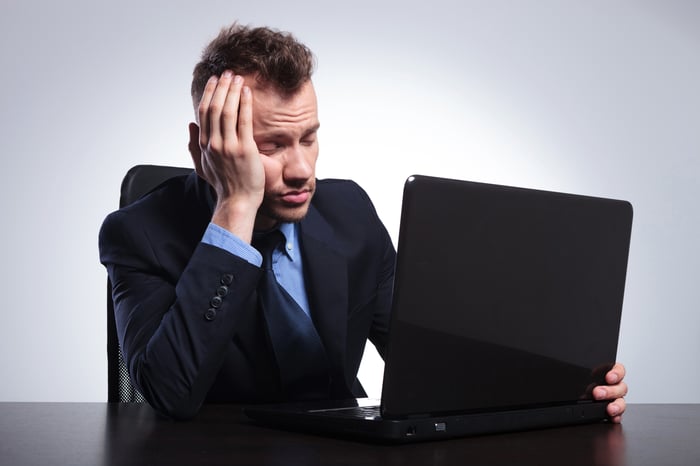 We're not all wired the same way

Just as some of us are naturally good with numbers while others are more creative, so, too, are our sleep patterns determined on an individual basis. The problem, however, is that folks with strict, preset work schedules might struggle to fall asleep or stay asleep at the time that's best for their bodies, thereby creating an ongoing sleep debt scenario.

Sleep debt refers to the cumulative effect of not getting enough sleep, and it's something most working Americans are already at risk of. Inadequate sleep can lead to personal health issues, from obesity to anxiety to depression. In fact, a 2015 Harvard Medical School study found that working during the day increased the risk of diabetes among night owls.

Having a work schedules that clashes with one's personal sleep rhythm can also lead to reduced output and mistakes on the job. Case in point: An estimated 16% of workers have experienced at least one safety incident at work due to fatigue, according to the National Safety Council.

Unfortunately, a good 80% of workers have job schedules that don't mesh with their respective chronotypes, which means they're putting their health and performance at risk. The good news, though, is that some companies are taking steps to fix this problem. Southwest Airlines (NYSE:LUV), for example, allows pilots to choose between morning and evening flight schedules to accommodate their personal sleep habits. And a growing number of pharmaceutical, software, and financial companies are allowing employees to do much of their work remotely so that they only have to be present at the office for a few core hours in the middle of the day.

If your company has yet to adopt a flexible work schedule, it's time to reconsider that policy. Doing so might result in improved employee output, fewer mistakes, and less missed work time due to illness (both mental and physical). And you don't necessarily need to take drastic measures in this regard. In some cases, allowing workers to come in one or two hours earlier or later than what their current schedules call for could spell the difference between them getting enough sleep or walking around in a perpetually sluggish daze.

Of course, if your company is able to be even more flexible, go for it. You might find that by letting night owls work the late shift and skip the morning shift, you're getting much more out of those employees than ever before. It pays to play around with whatever arrangements you're willing to try out, because when your workers manage to maintain a healthy sleep schedule on a regular basis, everyone stands to win out.