Losing a job is something that can happen to the best of us. You might get laid off when your company is forced to downsize its staff. Or you might get let go because you clash with your boss or get hired for a role that turns out to be a bad fit.

But what happens when you start a new job and are let go within a few months -- or even weeks -- of getting hired? That's hardly an easy thing to explain to new employers as you go looking for a replacement job. Here's how to navigate those potentially tricky but necessary conversations. 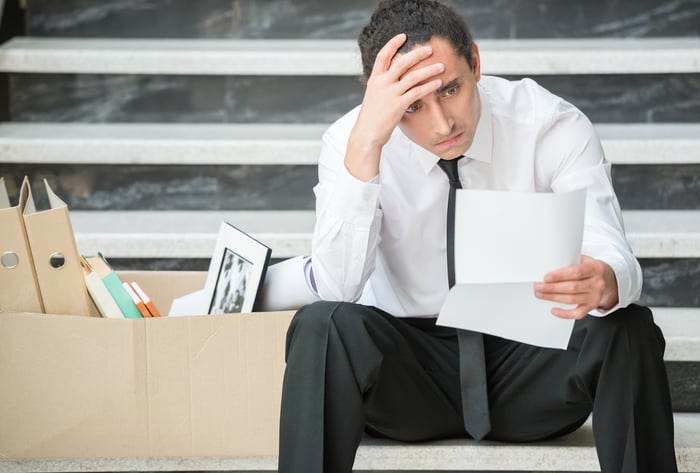 It might not look so great that you were hired for a job and let go within months or weeks. But coming clean about it is better than making up stories or trying to mislead prospective employers, so make a point of being honest about what happened. Remember, any company you interview with might go out and verify your employment record, and if you're caught in a lie, you can pretty much kiss your chances of getting hired goodbye.

2. Stick to the facts

If you were let go from a job almost immediately after snagging it, chances are there's a reason. Maybe you weren't actually qualified for the job, or maybe the company in question determined that it didn't actually need to fill your role in the first place but rather could divvy up those responsibilities among other employees and save money. No matter the circumstances, share what happened, but try to focus on the facts and keep your personal commentary to a minimum. Sure, it was probably extremely frustrating to have taken a new job in good faith, only to have that company's management team change its mind about you. But being nasty or exuding bitterness is apt to turn off other folks who might be interested in bringing you on board.

Losing a job is rarely a pleasant experience, especially when it happens soon after getting hired. But a good way to save face in front of prospective employers is to emphasize the things you managed to learn from that ordeal. For example, if you were hired to manage a team and were dismissed two months later for being ineffective, you might explain that since then, you've attended a couple of seminars on leadership and feel you're in a much better place to take on that role. The ability to grow from negative experiences is a quality that employers tend to look for in general, so be sure to spin what happened to you in the most positive light possible.

An instant job loss might constitute a major blow, but it doesn't have to hurt your career on a long-term basis. Besides, think about it this way: You're better off cutting ties with an employer sooner rather than later if things just aren't likely to work out in the long run. The less emotionally invested you are in your job at the time you're let go, the easier it'll be for you to pick yourself up and recover.