Please ensure Javascript is enabled for purposes of website accessibility
Log In Help Join The Motley Fool
Free Article
Join Nearly 1 Million Premium Members And Get More In-Depth Stock Guidance and Research
By Daniel B. Kline – Mar 12, 2019 at 7:01AM

It may be just one month, or it could be a sign of changing trends.

With the holidays over, the demand for labor has fallen as companies shed seasonal workers or make them permanent employees. That has at least somewhat lessened what was an intense competition for employees, which may have contributed to a slowdown in wage growth.

After showing a year-over-year rise of 2.3% in January, annual wage growth slowed to 1.3% in February, with median base pay for full-time workers coming in at $52,672, according to Glassdoor's local pay reports. That's actually down slightly from $52,964 in January.

The end of the holiday hiring season only carries some of the blame. Glassdoor economist Daniel Zhao attributed the slowdown in wage growth to a number of things.

"There are a few factors that may be slowing wage growth -- the last few months have included the worst December for stock markets since the Great Depression, the longest-ever government shutdown and geopolitical uncertainty around the world," he said in a press release. "Other factors impacting wage growth may include the weakening effects of the 2017 tax cuts and the surprise increase in labor force participation we saw in January 2019." 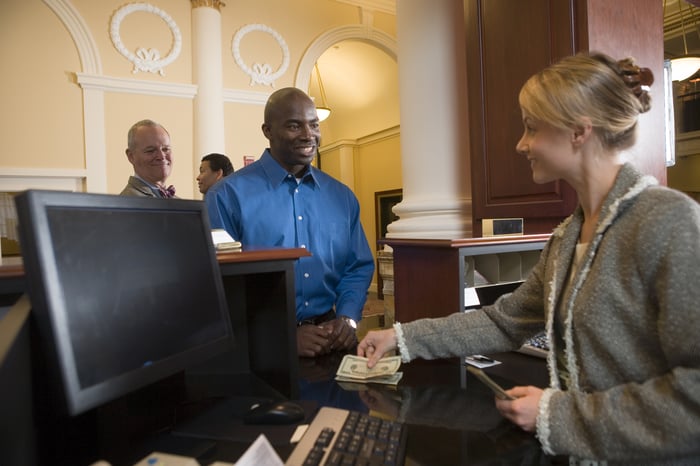 Which jobs have the fastest wage growth?

The overall slowdown in wage growth hasn't precluded strong wage growth in some professions. What's notable here is that aside from truck driver, a position in which there's a national shortage of trained workers, all the jobs with the top wage growth pay well below the median. These jobs had the fastest wage growth in percentage terms compared to where they were a year ago:

The jobs that saw the biggest decline tender to be higher-paying positions, and sometimes the reasons for the decline were complicated. Data scientist, for example, saw its largest monthly decline in pay growth since 2016, which Glassdoor blamed on an "increase in supply for entry-level jobs and the muddling of job titles changing the composition of the workforce."

It's possible that the labor market is slowing. One month, however, does not equal a trend; this could end up being a statistically irrelevant blip caused by a seasonal shift in demand.

There are some warning signs in the economy, but the overall picture is strong. Unemployment has hovered around statistical lows, and there remains a shortage of qualified workers in a number of professions.

Those factors could force wages higher in the coming months, or the negative factors cited above could cool demand for new workers. Neither is certain -- while the economy has been strong, it's possible it has entered a more troubled period that could lead companies to be cautious in hiring and compensation, keeping wage growth in check.