Please ensure Javascript is enabled for purposes of website accessibility
Log In Help Join The Motley Fool
Free Article Join Over 1 Million Premium Members And Get More In-Depth Stock Guidance and Research
By Daniel B. Kline – Updated Apr 30, 2019 at 1:20PM

These might be signs that workers should be a little concerned.

The job market in the U.S. has been incredibly strong, with more openings than workers available to fill those jobs. There are currently 5.6 million open positions, a number that's slightly down (0.4%) from April 2018, according to Glassdoor's 2019 Job Market Report.

While the number of openings has decreased very slightly, wages have continued to inch up. Pay has increased by 1.4%, with the average full-time worker in the U.S. earning a median base pay of $52,807.

"Job openings are like a crystal ball into how employers are hiring and a major indicator of the health of the U.S. economy," said Glassdoor Chief Economist Andrew Chamberlain in a press release.

Employers can open or close job postings instantly in response to fast-changing economic winds or world events. However, it can take weeks or even months to hire or layoff workers in response to changing business strategy, the economy or other news. 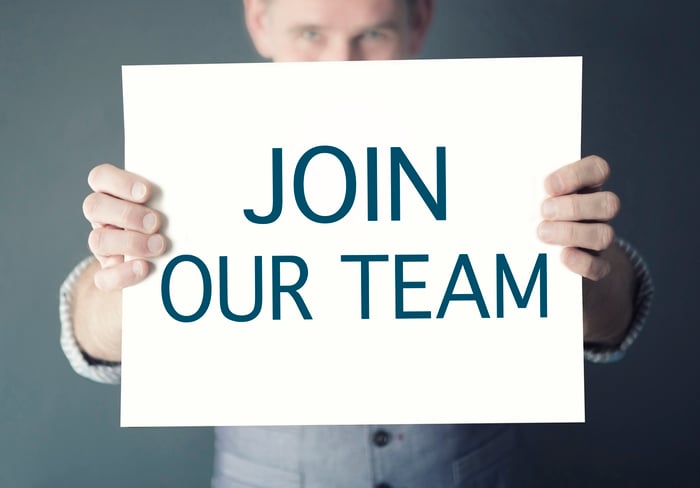 Where is the biggest job growth?

Job growth varies depending upon the market you live in. Atlanta saw the biggest increase with 7.9% more openings than the same time last year, while wages grew by 2.2%. Houston saw the largest decline in job growth of the ten metro areas tracked by Glassdoor. Job openings in Houston dropped 5.1% year-over-year, while wages fell by 0.6%.

"What this month's Glassdoor Job Market Report shows is yet another clear sign pointing toward a slow down in the labor market. This isn't a cause for alarm, but it is a splash of cold water on the labor market compared to the blazing job growth we saw through most of 2018," said Glassdoor Senior Economist Daniel Zhao.

Job-seekers need to put the slight slowdown in perspective. Yes, there are fewer openings, but the market remains strong for people looking for a job.

"This slowdown in job growth is likely due to the missing burst of hiring in the first quarter of 2019," said Zhao. "The first quarter is when we traditionally see a surge in hiring to kick off the new year, but this year, that didn't happen. That is one reason why we're seeing more stunted hiring now."

What should workers worry about?

The job market remains strong, but there are some trends workers should worry about. Job automation may not be common, but some companies have begun testing and using technologies that could eliminate some lower-level positions.

At the moment, automation has not majorly cut into the number of openings that need to be filled. That could change, however, if companies can't find the employees they need. In many ways, the rise of automation will happen not as an attempt to eliminate human workers, but as a response to the workforce not having enough available bodies.

The problem is that once a warehouse or cashier position has been automated, it's not coming back to human workers. That makes it especially important for anyone looking to remain employed to develop skills that aren't easily automated. That means not relying on the fact the job openings remain plentiful, and instead continuing to develop skills even while employed.