Please ensure Javascript is enabled for purposes of website accessibility
Log In Help Join The Motley Fool
Free Article Join Over 1 Million Premium Members And Get More In-Depth Stock Guidance and Research
By Maurie Backman – May 8, 2019 at 6:47AM

Turns out younger employees fall victim to age discrimination, too.

Many of us are familiar with the term ageism in a workplace context. Also known as age discrimination, it refers to the unfair treatment of employees based on their age (or perceived age). Ageism can run the gamut from demoting employees to firing them to refusing to hire them on the basis of age alone.

When we think about age discrimination, we tend to picture older workers -- seasoned folks who spent years putting in their time, only to be mistreated once their hair starts graying. But actually, ageism isn't just a problem for older workers. Younger workers can also fall victim to age discrimination as a result of being on the complete opposite end of the spectrum. 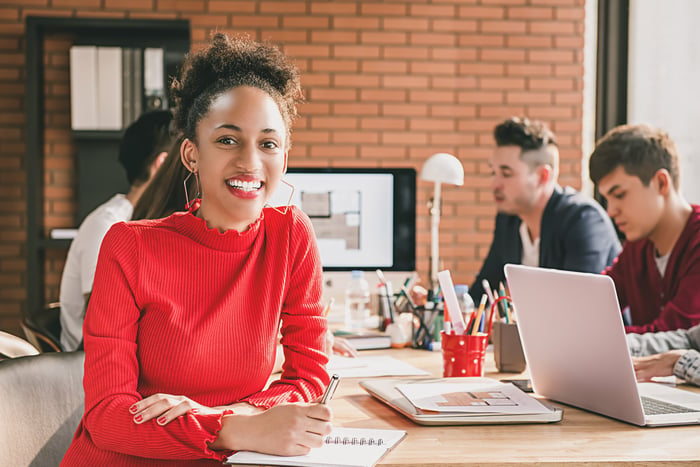 Younger workers are victims, too

Why are younger workers discriminated against? Much of it boils down to the stereotypes associated with millennials and members of Generation Z. It's not unusual for a 20-something worker to be mocked for blowing his paycheck on avocado toast, or, worse yet, be treated poorly at work because of it. In fact, because millennials and Gen Zers are often regarded as spoiled, entitled, and lazy, some of these stereotypes can affect the way their older counterparts interact with them in an office setting.

For example, an older manager might refuse to give a millennial worker a shot at a promotion by virtue of age alone. Or, a team of older employees could conceivably gang up on a younger worker and aim to have him taken off a project for not meshing well with the group, just as a group of younger employees could do the opposite to someone their senior.

Of course, regardless of the victim at hand, at the core of ageism is pure pettiness and closemindedness. And make no mistake about it -- just as it's illegal to discriminate against someone for being older, so too is it illegal to do the same to a younger worker. In some cases, however, the lines become blurred. Imagine a younger job candidate is interviewing for an opening and denied on the basis of age. An employer can easily chalk that decision up to that candidate's lack of experience, whereas that's a harder line to pull when it's an older worker seeking a job.

Not only is age discrimination against younger workers illegal, but it can also cost companies a lot of money. The average millennial stays at a job for 1.3 years before moving on, and that, according to Gallup, costs the U.S. economy $30.5 billion annually when we account for recruiting costs, training, and losses in output during periods of worker turnover.

Fighting back against ageism -- no matter how old you are

Just as older workers are encouraged to fight back against age discrimination, so too should younger workers do the same. This means documenting all incidents of age discrimination in detail and taking that information to a manager or human resources professional once a pattern is established. If the matter isn't resolved adequately, there's also the option to file a complaint with the Equal Employment Opportunity Commission. Either way, know that ageism shouldn't be allowed to fly in the workplace -- regardless of who's on the losing end of it.