If you've ever been tasked with filling a vacant position, you know just how difficult finding the right candidate can be. And in today's competitive job market, attracting talent can be even trickier. If you're going to go through the process of vetting resumes, conducting interviews, and negotiating job offers, you want to make sure the person you hire actually stays on board for a decent chunk of time before moving on.

Unfortunately, in today's climate, there's no guarantee that will happen. In fact, 29% of workers have left a job within the first 90 days of starting it, according to Jobvite. The most common reason boils down to mismatched expectations. Specifically, 45% of those who have left a new job within three months did so because they said the day-to-day realities of their roles didn't align with the way those positions were initially described to them. 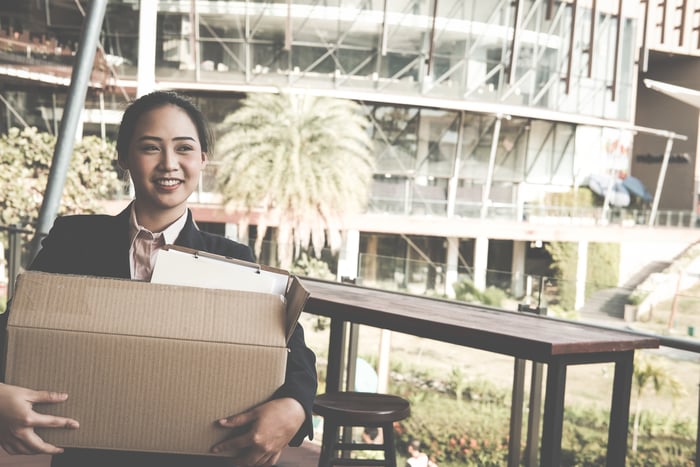 If you want to avoid the hassle and cost of bringing in new hires only to have them jump ship shortly thereafter, it pays to focus on setting clear expectations during the recruiting and interview process. Here's how to step up your game in this regard.

The first thing a prospective hire will see on the road to accepting an offer is the description you put out about a job you're looking to fill. That's why it's crucial to get those details just right. When posting a job, make sure to highlight the daily tasks that come with the role, and don't downplay menial or administrative tasks that may not hold much appeal. If you mislead candidates intentionally, it'll probably come back to bite you. And if you aren't sure what a given role within your company entails, ask someone who does it to assist in drafting that job listing.

2. Encourage candidates to ask questions during the interview process

In some situations, you might think you're giving job candidates all of the information they need to make informed decisions about accepting a role, only to inadvertently omit key details. A good way to compensate, however, is to encourage candidates to ask questions during the interview process about the daily functions of the jobs they're applying to. In discussing logistics, candidates might unearth information that turns them off -- and better to have that happen before an employment contract is signed.

3. Rehash daily job responsibilities in conjunction with presenting an offer

Sometimes, the actual reality of a given job can get lost in the excitement candidates experience when they're presented with enticing offers. A good idea, therefore, is to remind prospective hires what they're signing up for when discussing employment terms such as salary and benefits. A last-minute point of clarification might trigger something in a candidate that causes him or her to say no to an offer, which, again, is a better scenario than hiring someone who quits within weeks.

Adjusting to a new job isn't easy, and recent hires are likely to get thrown early on if they don't feel supported. To prevent that, roll out a solid onboarding process that helps new employees adjust to their roles. In doing so, they may have an easier time coping when they realize their jobs are different in practice than what they expected, in which case they'll be less likely to bail immediately.

The last thing you want to do is sink time into vetting and onboarding a new hire, only to have that person leave very shortly after the fact. Therefore, make an effort to give candidates an accurate sense of the work they'll be doing, and support them early on once hired. It'll save you a world of time, energy, money, and aggravation in the long run.