Getting a job offer is generally an exciting milestone, especially if you survived a tough interview process to snag one. But saying yes to a job offer doesn't necessarily mean you'll wind up going through with it. In fact, 28% of workers have backed out of a job offer after accepting it, according to staffing firm Robert Half.

Of those who reneged on a job offer, 44% did so because they received a better offer from a competitor. Meanwhile, 27% received a counteroffer from their current employer, while 19% heard bad things about the company that drove them to go back on their word. 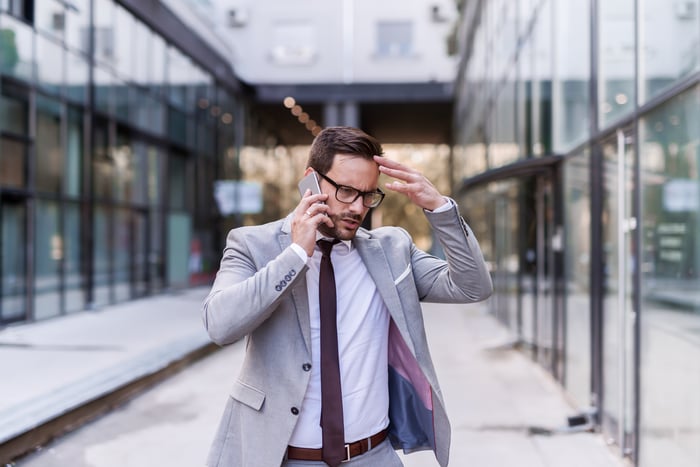 The problem with saying yes to a job offer and reneging, however, is that it can damage your reputation and cause you to ruin relationships worth salvaging. And that's why you really need to make sure you're ready to go through with an offer before officially accepting it.

The problem with breaking your promise

Just as you, as a job candidate, go through a lot of steps to reach the point where you're given an offer, there's also a lot of legwork that happens on the employer side. Companies looking to hire have to vet resumes, conduct interviews, and work out job-offer terms before presenting them. All of this takes time, and as such, a company you say yes to but then renege on isn't apt to take kindly to that sort of behavior on your part.

What consequences might ensue? For one thing, if you have friends or associates inside that company who referred you for the position at hand or helped get your resume in front of the right hiring manager, your actions could reflect poorly on them. That, in turn, could damage your relationships, professional or otherwise.

There's also your own reputation to consider. You never know when a hiring manager you upset by going back on a job offer might know the hiring manager at the next job you're looking to snag. And if word gets out that you can't be trusted, your chances of getting another offer are suddenly less favorable.

That's why you're much better off taking the time to consider a job offer thoroughly before accepting the position at hand. If you're pressured to make a quick decision, push back and explain that you need more time. You can even point to the fact that more than a quarter of job candidates go back on their word after saying yes to job offers and you don't want to be one of them.

Furthermore, be sure to vet any company you're applying to in advance so that you know whether you want to work there before you reach the point when an offer is made. Read online reviews, talk to people you know who work for that employer, and ask questions during your interviews to get the information you need.

What if you really have to pull out?

If you wind up having to renege on a job offer, first review the terms of your agreement to make sure there aren't repercussions for backing out. Assuming there aren't, be gracious about it. Tell the person who made you the offer that you're extremely sorry but have to pull out. Thank that person for his or her time, and make it clear that you appreciate the opportunity to have been considered for the job at hand.

Will backing out after accepting a job offer pretty much ruin your chances of getting hired by that employer again? Probably. But if you're convinced that reneging on an offer you previously accepted is the right move for your career, then it's a sacrifice you'll have to make.