Two-thirds of all Americans dream of opening a small business, and it's easy to see why. They romanticize all the good parts -- being your own boss, coming and going as you please, and not answering to anyone.

Those perks come with some pretty major downsides. You may be the boss, but in the early days, you're also the secretary, janitor, driver, accountant, and pretty much everything else.

It's easy to get excited by the idea of running a small business. The reality, however, can be something else entirely. You may not have a boss, but you'll trade that for a ton of work and limited (or no) people who can help you. 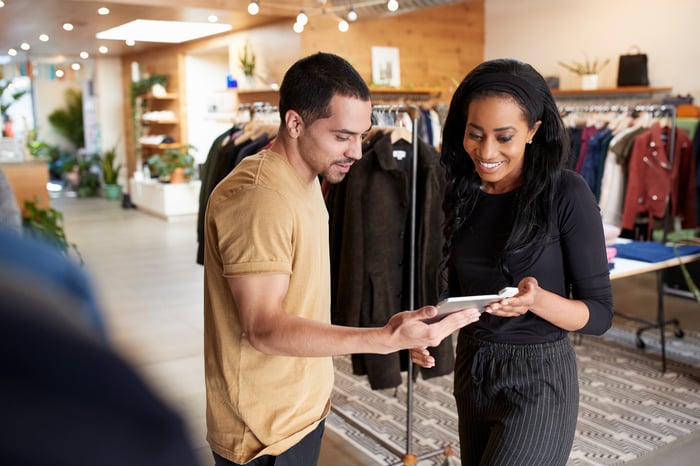 A small business owner has to do things he or she may not like to do. Image source: Getty Images.

As the boss and owner, there's rarely an off day -- at least in the very early days of your company. At most jobs -- even really demanding ones -- at some point, the day ends. When you're the owner and running the show, there are some problems you have to solve no matter when they happen.

That could mean dealing with an irate customer or getting out of bed when your burglar alarm goes off in the middle of the night. If there's work to be done or a fire to put out, you'll probably, at the very least, know about it, even if you're not directly solving it.

Small businesses live or die based on having customers. If you can't bring in people to buy your products or services, you won't be successful. You may be great at whatever you do, but selling is an important piece of the puzzle, and in many ways, the most important piece.

Many people who are great at other things can't sell. That usually means they're going to fail if they go into business for themselves.

It's lonely at the top. Bosses and owners have to make tough decisions and must do things that sometimes aren't popular. That can and generally does create a divide between an owner/boss and their employees.

You have to fire people, tell them they can't have a raise, or that they can't have the day off. That's going to cause resentment, but being a pushover will lead to even bigger problems.

Sometimes, loneliness comes because you're alone. In the early days, you may have no employees or find yourself putting in long hours after everyone else has gone home.

It can be very rewarding to build something from scratch, and not having a boss is pretty great. If you can overcome the challenges of building a business, then it can be highly rewarding. But it's not for everyone. It's important you know yourself and whether you can actually handle the rigors of what you want to do.

Don't be seduced by the idea of having your own business. Understand that success takes being good at a lot of things and a willingness to do whatever it takes. That's not always fun -- and in the beginning it may rarely be fun at all -- but that's the reality, not the fantasy.