Inspired employees tend to push themselves to do the best job possible. If you've noticed a decline in productivity among your workers, it could be due to a lack of motivation. And as a business owner or manager, you'll need to get to the bottom of that issue before it hurts your company on a long-term basis. Here are a few reasons your employees may not be as enthused about working for you as they once were.

Boredom can have some serious consequences in the workplace. If your employees are no longer interested in the tasks they're assigned, they may start slacking off or doing the bare minimum to coast by. To prevent boredom, try to mix things up for your employees. Let them shadow their peers in other areas to expand their knowledge and skills, or pair existing teams with other teams for cross-collaboration. The more you allow your workers to do, the less tedious they'll find their days. 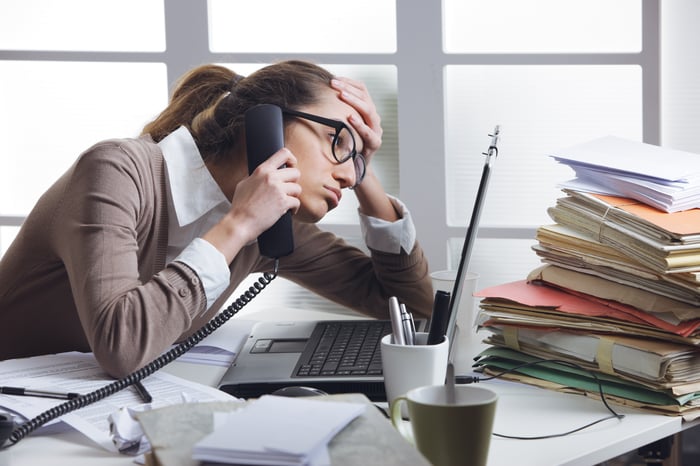 It's hard for employees to perform their best when they're bitter about the fact that they're not being paid what they're worth. If your workers don't seem motivated, it could be because their salaries are sorely lacking, in which case it may be time to do some research to see how your compensation stacks up. You may also need to reassess your strategy to ensure that you don't lose valuable employees to better offers.

When employees are micromanaged, it sends the message that they aren't trusted. And that can be extremely demotivating, especially for workers who have been on your payroll for quite some time. If you have micromanagers on your team, invest in some supervisor training to help those folks kick that bad habit. At the same time, don't assume that you aren't the problem. Take a long, hard look at your own management style, and if it's intrusive, work on finding ways to step back and let your employees do the jobs you hired them for in the first place.

4. They've given up on getting promoted

Promotions at work don't tend to happen overnight. But if you have employees on your team who have remained at the same level for years without a change in job title or responsibilities, it shouldn't shock you to realize that they're not all that motivated to keep pushing for results. To remedy this, work with your human resources people to help establish clear-cut career paths for your employees who seem to have gotten lost in the shuffle. Then, sink some resources into helping those workers advance, whether by paying for additional training or subsidizing the cost of more education. By taking an interest in your employees' success, you'll help them realize that they are indeed valued and appreciated.

A glaring lack of employee motivation can hurt your business in more ways than one. If that's the problem you're facing, get ahead of it -- before you lose out even further.