There was a time when people would graduate college, get a job, and stay with the same company for decades until retirement. Nowadays, however, job-hopping is more common, and is pretty much the norm. In fact, a new survey from the website CareerBuilder points to an uptick in job-hopping.

About 29% of workers say they regularly search for new jobs while employed. Meanwhile, 78% say that although they're not actively seeking new jobs, they'd be open to taking one if the right opportunity came up. And that makes for a challenging situation for employers. 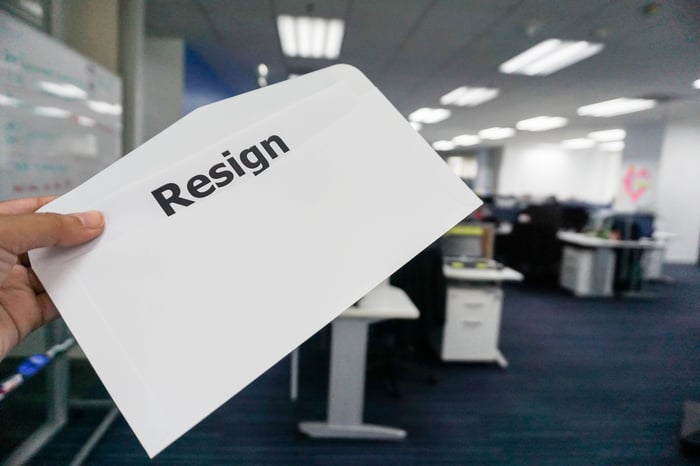 It's a job seeker's market

Why are so many job candidates exploring their options so freely? It's largely because today's market is healthy and loaded with openings. But that's problematic for companies looking to retain key talent, as well as those seeking to recruit.

In fact, 51% of workers in the survey admitted that they've continued looking for other jobs even after an offer was extended to them and a background check was in progress. Worse yet, 67% of employers say that nearly a quarter of new hires didn't show up or follow through after accepting a new position.

For employers, there's no easy fix for the issue. But one thing companies can do is pump more resources into employee retention, all the while streamlining the recruiting process to limit the number of candidates who ultimately bail out.

To improve retention, an internal assessment of factors like compensation and benefits could help. Similarly, being more flexible with scheduling could be a big factor in worker retention. That means letting employees do their jobs from home when appropriate, or letting them set their own hours if it doesn't interfere too heavily with operations.

When recruiting, shortening the span between an initial interview and making a formal job offer can help companies avoid losing out on talent. Many employers drag their feet after conducting interviews, or put candidates through a recruiting process with multiple interviews spread out over several weeks, with lengthy lapses in communication in between. By tightening up that process and maintaining communication with candidates in the pipeline, employers can limit the number of viable hires who take themselves out of the running. Focusing on salary, benefits, flexibility, and career growth during the recruiting process also helps.

The rise in job-hopping should be a wake-up call to employers. It takes time and money to replace valued workers who leave, or to repeat the recruiting process when candidates balk even after receiving solid offers. Furthermore, high levels of employee turnover can hurt worker morale, which, in turn, can affect productivity. By reexamining their practices, companies can limit the impact of this trend.