Please ensure Javascript is enabled for purposes of website accessibility
Log In Help Join The Motley Fool
Free Article Join Over 1 Million Premium Members And Get More In-Depth Stock Guidance and Research
By Maurie Backman - Aug 3, 2019 at 8:51AM

Getting a job offer often boils down to having the right personality for the role. Sure, skills and experience are unquestionably important; if you're not qualified to do a given job, the employer that's hiring isn't going to pick you. But when you're up against applicants with skills similar to yours, your personality could be the one thing that sets you apart from the pack -- for better, but also, for worse.

In fact, in many cases, the way you come off during a job interview will dictate whether you get hired for the role you're after. And while you can't necessarily snap your fingers and change your personality, you should be aware of the personality traits that tend to turn hiring managers and interviewers off. TopInterview, a career-coaching network, and Resume-Library, a leading U.S. job board, conducted a survey of talent acquisition professionals last month to see which personality traits they consider the most and least desirable among job candidates, and here are five in particular that can really hurt your chances of landing a new job. 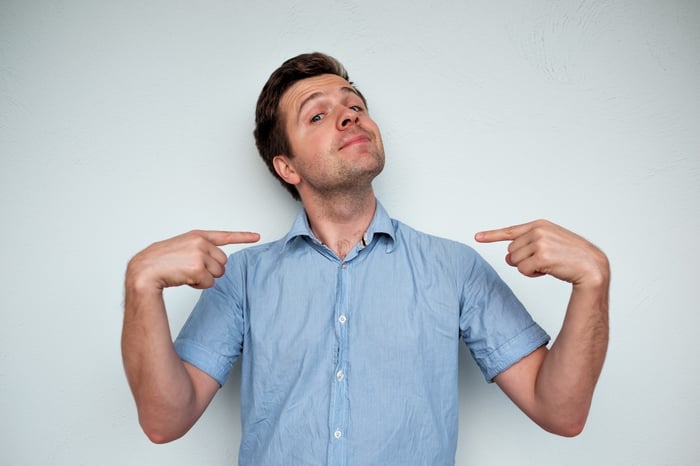 It's good to come off as confident during a job interview, but if you're not careful, too much confidence can quickly morph into arrogance. As such, pay attention to thing like tone of voice and the language you're using to describe your skills. It's OK to be passionate and talk about your knowledge and previous accomplishments, but aim to do so modestly.

No employer is going to want to hire a candidate it doesn't trust. To this end, make a point of being open about any gray areas on your resume or work history. For example, if you were laid off from your last job, say so directly. And if you took a year off to raise a young child, be open about that as well. If you're caught in a lie during an interview, or if your employer has a reason to believe you're lying, your chances of getting a job offer become pretty slim.

People who act entitled aren't generally thought of as hard workers, and that's not the impression you want to give. Demanding a specific salary during an initial interview, or asking for privileges like the ability to work from home before an offer is even made, is a good way to ensure that you'll be passed over.

The easiest way to come off as unreliable during a job interview is to show up late and unprepared. Rather than run that risk, leave yourself plenty of time to get there early, and research the company you're meeting with beforehand so that it's clear you can be counted on to be prompt and do your homework.

In many cases, you need to go out of your way to actually seem closed-minded during an interview. Closed-minded people generally can't allow themselves to see things from other people's perspectives, and they're often not easy to work with. If you make an effort to come off as agreeable and accepting of others during an interview, you're more likely to find yourself on that callback list.

The last thing you want is for a few character flaws to hurt your chances of landing your dream job. Now that you know which personality traits turn employers off, you can make more of an effort to adjust your attitude, especially in a workplace context. It's a worthwhile investment in your career, and it could even help you improve the relationships you maintain outside an office setting.