Please ensure Javascript is enabled for purposes of website accessibility
Log In Help Join The Motley Fool
Free Article Join Over 1 Million Premium Members And Get More In-Depth Stock Guidance and Research
By Maurie Backman – Sep 19, 2019 at 8:18AM

Being the boss has its challenges.

Many professionals aspire to become managers. If you feel you're a natural leader and enjoy being in that type of role, then a management position may be right for you. But know this: There are certain drawbacks associated with being the boss that you may not appreciate so much once you're in that position. Here are a few to prepare for.

1. Your core skills can get rusty

Many people work hard to develop skills throughout their careers. For example, if you're in IT, you probably made a strong effort to become an expert coder or software developer. Unfortunately, those skills might wane once you become a manager, and the reason boils down to not actually using them. Managers often spend a lot of time dealing with the administrative tasks involved in running a team, and as such, don't have time to get their hands dirty like they used to. If you value the skills you worked hard on, be aware that they might take a hit if you're promoted to manager. 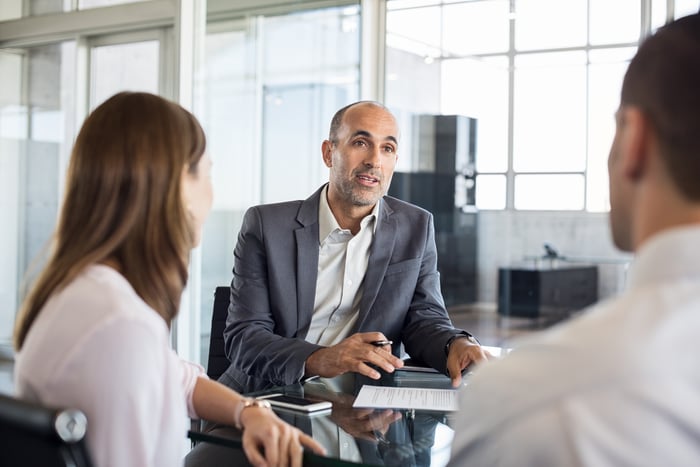 2. You could wind up spending lots of time in meetings

Though meetings are often a part of office life for workers at all levels, managers are even more likely to spend their days in conference rooms. If you're not a fan of meetings, you may want to think twice before pursuing a management position. This especially holds true if you have after-work or family obligations -- after all, meetings can often run late, leaving you trapped in the office after-hours when you'd rather be getting home.

3. You may need to have difficult conversations with people you like

Being a manager often means having to criticize other people or deliver news they're not happy to hear. And in more extreme cases, it could mean being the person who has to fire someone, whether due to poor performance, internal restructuring, or financial issues within the company. Before you sign up to be a manager, make sure you're comfortable conducting these conversations, keeping in mind that they'll often happen with employees you like and respect.

4. Your workplace relationships can change

There's a certain camaraderie that can exist among coworkers who are all on the same level. If you enjoy and value the relationships you've built with your colleagues, you may need to prepare to have them change once you become a manager. This especially holds true if you're put in charge of your former peers. Even if you don't wind up directly managing people you're friendly with, they might change the way they speak or act around you once you become a manager, so you'll need to accept the shift in that dynamic.

There are plenty of good reasons to become a manager, and going that route could propel your career in a positive direction. On the other hand, it's critical that you understand what you're getting into before taking on a management role. The last thing you want to do is accept that type of position, only to sorely regret it after the fact.