You worked hard during your studies, graduated college with honors, and landed a great job. There's just one problem: Your co-workers can't help but keep commenting on your age and -- worse yet -- using it against you.

Say you're at a team meeting and come up with a brilliant idea for a new marketing campaign. From the lips of a more seasoned colleague, your suggestion would probably be well received. But since it's coming from you, the response goes something along the lines of "Nice try, newbie."

When we think of age discrimination in the workplace, we tend to focus on older employees who are often deprived of opportunities or forced out of their jobs because they're perceived as too ancient. But ageism can hurt younger workers, too. If that's been happening to you, here's how to fight back. 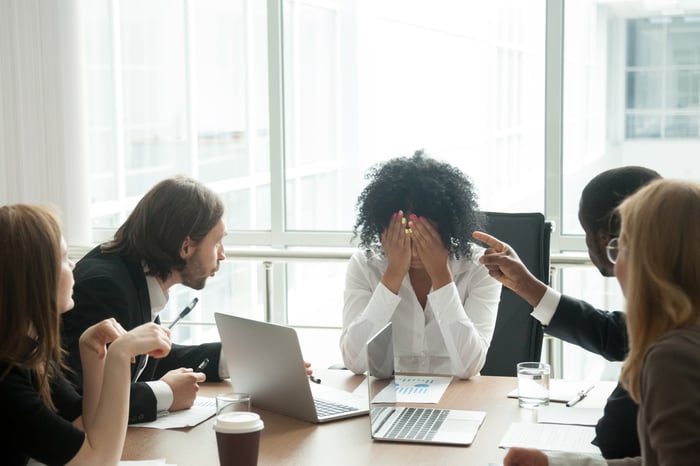 The next time you have a killer idea and it's shot down immediately because of your age and lack of experience, press on. Talk up the reasons why you think you have the right solution, and insist that your colleagues give it a shot. Better yet, aim to get your manager's buy-in, since that's more likely to sway the group.

2. Call out your co-workers on their behavior

You don't want to start a battle and find yourself at odds with the bulk of your team. But if comments about your age keep coming, and you're clearly not being taken seriously because of them, then it's time to let your colleagues know how you feel. That could involve taking people aside one on one in response to individual actions or comments, or it could mean speaking up in a group setting. For example, if you're ridiculed during a meeting, say: "I don't appreciate the group's attitude toward my age. I was given this job for a reason, so let me be an equal player on this team."

Age discrimination isn't just annoying, it's also illegal. If you make it clear to your co-workers that you don't appreciate their attitude, but nothing changes, then start documenting every instance where you're mocked or shut down. And definitely jot down the details of statements other people make that relate specifically to your age. Once you have an established pattern, you can take this information to your manager and/or an HR representative, who can then intervene on your behalf. And if no action is taken on your company's part, it pays to consult an employment attorney to see what legal rights you have, or research the remedies available to you as per your state's laws and guidelines.

Being young shouldn't prevent you from succeeding on the job and gaining the respect you deserve. If your colleagues are making it clear that they don't value your input because you're new to the workforce, stand up for yourself, but also seek help if they truly cross a line.

Remember, too, that the more wins you have on the job, the more likely your teammates will be to take you seriously. So keep getting better at what you do, and with any luck, their attitude will change for the better.