Getting a raise can come with big benefits beyond just increasing your paycheck, including boosting your Social Security benefits and increasing your company match in your 401(k). But to get all of the perks a salary increase provides, you need to actually persuade your boss to give you more money. And that isn't always easy.

If you think you deserve a raise, you should definitely ask -- don't wait on your company to notice your worth and bump up your pay. But before you make the ask, there are four key steps you should take. 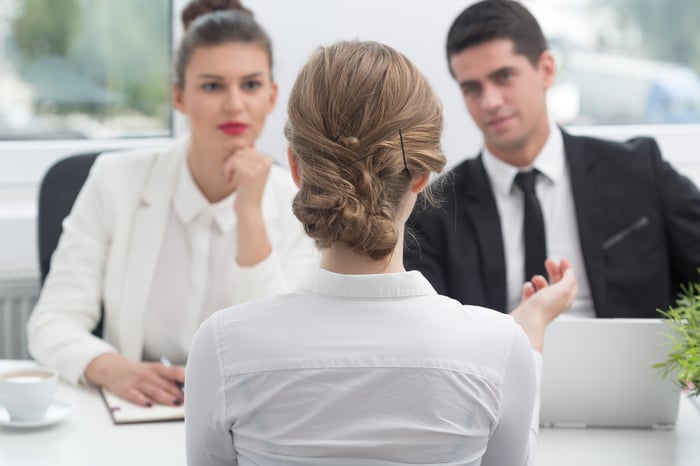 Companies give raises to people who add value to the organization and whom they don't want to lose. So you need to show your boss why you're worth the additional money you're asking for. Simply doing your job isn't enough to justify a salary bump -- you need to do it well and prove your worth.

Show that you've done that by listing some of your biggest recent wins. The more concrete details you can provide about how you've gone above and beyond in your work performance, the more likely it is that your request for a higher wage will be granted.

2. Research customary salaries for people in your position

It's far more likely you'll get a raise if you can show your boss that other people in your position and with your experience earn higher pay. After all, if you aren't being paid what you're worth, you could likely find a job elsewhere where your salary would be higher.

There's lots of salary data online, including from the Bureau of Labor Statistics on what people make in different professions in different parts of the country. The more research you do and the more evidence you have backing up the assertion you're underpaid, the more likely it is that your company will agree to give you a raise.

Chances are good that your boss may have some reservations about boosting your salary. Try to think through in advance what those objections might be so you can prepare responses.

For example, if you expect your boss to mention a concern that you haven't been with the company long enough to justify a raise, be ready to explain how you've exceeded what you were hired to do in the time you've been employed, thus justifying an early salary boost.

4. Plan for a positive and negative response

If your boss expresses a willingness to increase your salary, be prepared with specifics on the amount of the increase you feel is appropriate.

If your boss flat-out says no raise is possible at this time, you should also be prepared with a response. This might be a request to revisit the issue in a few months or a query as to what specific steps you could take to get a different answer in the future. The key is to plan how to respond so you leave the door open for a potential future pay increase and aren't blindsided if the talks don't go as expected.

Asking for a raise is worth the effort

While you may be uncomfortable about asking for more money, remember that you are your own best advocate when it comes to being paid what you're worth. If you don't ask for salary increases, chances are good you won't get the compensation you deserve -- which means you'll have less cash to accomplish both current and future financial goals.