It's no secret that a large number of Americans are cash-strapped and miserable for it. In fact, an estimated 39% of U.S. adults don't have enough money on hand to cover a mere $400 emergency. If you're part of that statistic, an extra $2,000 a year will clearly come in handy. And if you're willing to get yourself a side hustle, that added cash could be yours.

In a recent survey by Adobe, 38% of Americans say they currently have a side hustle in addition to their regular job. And 33% of workers with a second gig say they earn $2,000 or more from it on an annual basis. If that setup sounds good to you, here's how you can go about securing a side job. 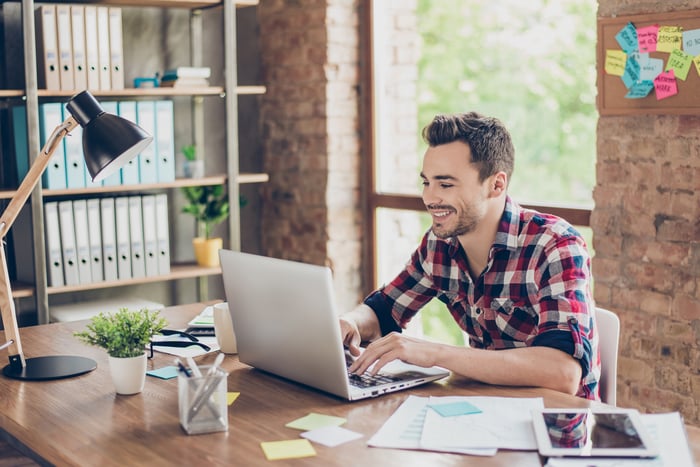 1. Think about the things you're good at

If you have a talent you're not currently monetizing, you should consider turning it into an income stream. For example, if you're a skilled piano player, try teaching it. If you're a fabulous cook, advertise your services as a personal chef, or apply to work for a caterer. And if you're crafty, sell the goods you make at local fairs or online. The great thing about getting a side hustle is that you're not limited to grunt work, so if there's something you're good at, you can use it to your financial advantage.

Chances are, there's at least one local business that could use a few extra hands on deck on weekends or during busier periods of the year. It pays to walk around your neighborhood, talk to business owners, and see what their needs entail. That way, you might snag a gig that's fairly convenient to get to.

3. Reach out to just about everybody you know

The people you know could be your ticket to extra income. Talk to your friends, colleagues, neighbors, and old college classmates about the fact that you're looking for a side gig, and see who knows someone with a need. It could be the case that your cousin's friend's father just mentioned needing a blogger for his new business site, and if you're a good writer, bam -- there's a potential side job you can line up.

4. Be open to new things

Sometimes, stepping outside your comfort zone is the ticket to generating a solid side income. It pays to be willing to try new things on the road to boosting your earnings, so don't write off a seemingly odd opportunity just because it's something you've never done before. In other words, if a local shop owner is willing to teach you how to do his bookkeeping, go for it. You might even learn a new skill that boosts your job prospects on a whole.

Having more money is always a good thing, whether you use that cash to build emergency savings, contribute to a retirement plan, or pay down debt. Explore your options for finding a side hustle -- it could put more money in your pocket than you'd think.