Please ensure Javascript is enabled for purposes of website accessibility
Log In Help Join The Motley Fool
Free Article Join Over 1 Million Premium Members And Get More In-Depth Stock Guidance and Research
By Maurie Backman – Feb 16, 2020 at 10:36AM

Here are some important takeaways that have served my career well.

Have you ever had a boss who changed the way you view yourself and the work you do? Years ago, I worked for an online marketing firm and had a boss we'll call K. K was known as a tough, demanding leader, and when I was first assigned to her team, I was quite nervous, to say the least. But working for K wound up being not only rewarding, but extremely helpful to my career on a whole. Here are a few key lessons I learned from her.

Prior to working for K, I'd admittedly grown a bit complacent in my job. I was getting solid feedback, things were running smoothly, and though I was busy, I wasn't stressed. As such, I wasn't tempted to shake things up.

K came in and asked whether I was content with my role, and it made me realize I wasn't. I wanted to be challenged, and I wanted to do much more than the bare minimum that was expected of me. With her permission, I embarked on a few new projects that ultimately added a lot of value to the company. And that helped me feel better about the work I was doing. 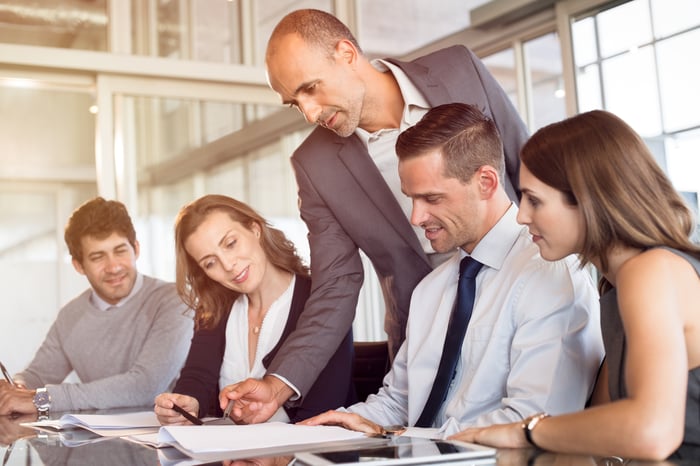 One week, K had tasked my team with doing a major website overhaul. Each person on the team did his or her own part, but ultimately, it was a group effort. When we presented our work to K, she wasn't pleased. But whereas most of my peers made excuses and passed the blame for why the end result wasn't as spectacular as K had hoped it would be, I acknowledged that I should've been paying better attention to the various moving parts that came with that project, as opposed to focusing on my personal contribution alone.

That was something I possibly wouldn't have done at a different stage of my career, but another key thing K taught me was to own up to mistakes rather than attempt to skirt blame. It's a tactic I employ regularly -- when I mess up, I own it, apologize for it, and learn from it to avoid a repeat.

3. Think of problems as challenges

In the course of any job, you're bound to run into your share of setbacks. Maybe you're not great at analyzing data, or writing, or presenting reports in front of an audience. But K taught me that with the right mindset, you can overcome those obstacles and come out ahead.

One thing K always used to advise was to think of problems as challenges. And that makes so much sense. The word "problems" has a negative connotation -- it implies something is wrong that needs fixing. "Challenges" don't have to be negative -- they may be difficult, but it's a far more empowering word, and so now, whenever I find myself stuck, I remind myself that it's a challenge more so than anything else.

We can't all be lucky enough to work for a great boss, but my time reporting to K stands out as one of the most positive experiences of my career. And that's something I'll always be grateful for.