Just when it started to look like movie theaters might push their way past all of their problems prompted by the pandemic, POW! They're sucker-punched by outfits that were supposed to be their partners. During AT&T's (NYSE:T) Q2 earnings call held Thursday morning, the company announced many of its films released in 2022 would bypass theaters altogether and head straight to its streaming platform HBO Max.

Yes, this is a bit of a deviation from the telecom giant's tentative plan from just a few months ago.

It'll hurt the movie projection business, to be sure. Not so much because theater chains like AMC Entertainment (NYSE:AMC) and Cinemark (NYSE:CNK) have to screen every Warner Bros. movie, but because the move could embolden other studios to do the same. In fact, many of them were already leaning in this direction.

You may have already heard, but it's also possible what you heard was a bit confusing. Some sources are reporting that several Warner films will be simultaneously offered online and in theaters. Other media outlets vaguely suggested that several flicks will be available exclusively through HBO Max. WarnerMedia chief Jason Kilar's exact words from Thursday morning's call were, "we'll have shorter windows for a portion of our slate, 45 days specifically. But then Warner Bros. is also gonna be producing for 10 motion pictures that will be on HBO Max on day one."

Translation: The 10 films Kilar is referencing will debut in theaters, and they will also be viewable via HBO Max at the exact same time. Other Warner releases will only be in theaters. Notice, however, that Kilar didn't indicate that there wouldn't be any films made exclusively for HBO Max ... as some reporting has indicated is still a possibility.

And that's a curious lack of explanation given Kilar's other comment: "We feel very good about the response that consumers have given [new films] in the home," adding, "In terms of where things go in the future, I think it's fair to say that ... I certainly don't anticipate us going back to the way the world was in 2015 or '16 or '17, where windows were quite lengthy between theatrical and home exhibition, whether it was an a la carte transaction or something else."

If nothing else, it sounds like Kilar is preparing the market for a continued shift in how movies are going to be monetized, away from theaters and toward the home.

For perspective, before 2020, Warner Bros. was cranking out somewhere between 20 and 30 movies per year.

The plan is understandable yet also somewhat unexpected.

Remember, it was only in March that WarnerMedia inked a multi-year deal with Regal Cinemas owner Cineworld, granting the theater chain 45 days' worth of theatrical exclusivity to Warner-made movies beginning in 2022. In May, Comcast's Universal Pictures made the same deal with Cineworld. Walt Disney came to a comparable agreement with Cineworld around the same time, and with the recent key exception of Black Widow, the entertainment giant has mostly committed to a return to the pre-pandemic model. Namely, new flicks Free Guy and Shang-Chi and the Legend of the Ten Rings will be exclusively in theaters for 45 days before being added to the Disney+ lineup. ViacomCBS movie studio Paramount is also seemingly on board with a return to theatrical exclusivity. It agreed in February to give theater owners between 30 and 45 days worth of exclusivity before moving new movies to its Paramount+ platform. The point is, it looked as if the business was easing back to normal even despite the number of exclusivity exceptions that have materialized in the meantime. 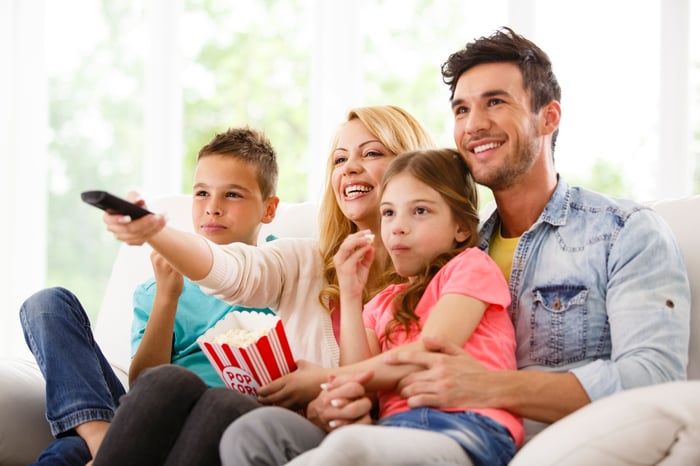 Warner's plans, however, unabashedly take a step back from a return to the old model and take a big step toward a streaming-oriented one. Kilar can't simply quit theater exhibition cold turkey. But he can start a slow roll in that direction.

The biggest risk to film exhibitors like AMC and Cinemark isn't a budding competition with Warner Bros. films offered simultaneously on HBO Max, though. Rather, the biggest risk stemming from WarnerMedia's decision is that other film studios like the aforementioned Walt Disney and Universal can now justify making similar decisions that favor their own streaming platforms at the expense of theaters.

Indeed, we've already seen most movie production outfits quickly follow another's lead. Though all were hesitant to do so beforehand, many of them quickly developed pay-per-view platforms shortly after Universal canceled the theatrical release of Trolls World Tour early last year and instead sold it in a streaming version at a premium, box-office-like price.

No, it's (still) not the end of movie theaters. Even Kilar acknowledges there are just some films that have to be shown on an immersive big screen to fully enjoy the experience.

Movie theater investors should, however, pay close attention to the film industry's ever-evolving underpinnings. Kilar's recent comments would have been unthinkable to say -- or hear -- two years ago, yet they also don't quite align with the subtle hints of a return to normalcy being dropped just a few months ago. The business is changing in a way that increasingly works against theaters, even if it's not overtly changing overnight.