There's no denying that buy now, pay later (BNPL) is a hot trend in the world of fintech. Kaleido Intelligence estimates that sales using this form of consumer spending will grow at an annual clip of 27% through 2025, facilitating a total of $258 billion worth of purchases by then. Finextra paints the compelling growth picture in a different way, suggesting BNPL's market share of total commerce will double between now and 2023.

This growth, however, may not be accounting for possible bumps in the road. Buy now, pay later powerhouse Affirm Holdings (NASDAQ:AFRM) is finding that the bigger it becomes, the more its borrowers are struggling to pay back their short-term loans. The credit quality of its customers is also deteriorating.

Maybe it's just a temporary phenomenon ... or maybe it's not. Even if it's just a short-term headwind, though, it's reason enough for Affirm shareholders to be concerned. 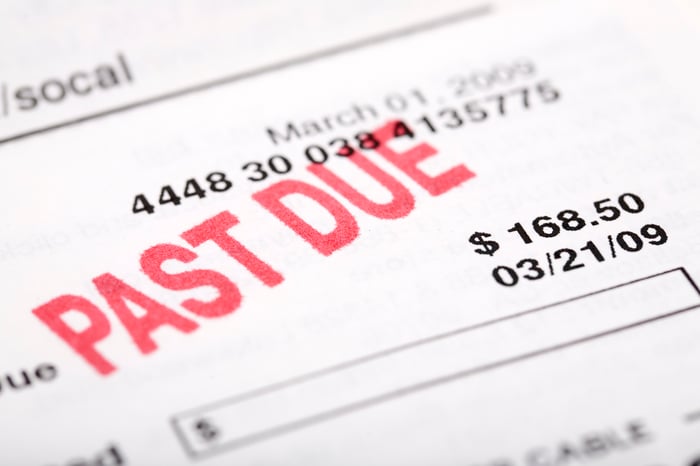 An unexpected uptick in loan-loss provisions

Affirm is a lender and a middleman that connects other lenders with its users. The company offers loans from Cross River Bank and Celtic Bank. At the end of June, it reported it was also managing a $2 billion internal loan portfolio.

Many of Affirm's customers struggled with payments in the middle of 2020 when pandemic-related shutdowns suddenly forced millions of people out of work. The company's provisions for expected losses on its loans -- based on what's known at the time -- nearly quadrupled between the third quarter of 2019 and the first quarter of 2020. Those loan-loss provisions were dialed back later in the year. Affirm was even able to add rather than subtract this provision during 2020's Q2 after it was clear the worst-case scenario didn't materialize. The expected losses continued to dwindle through the first quarter of this year as the world worked to return to normal.

Despite the apparent economic rebound that's reportedly underway, something interesting happened. Affirm's loan loss provisions rose back up to $25.5 million for the quarter ending in June -- a period when consumers and borrowers should have been doing better in terms of finances. 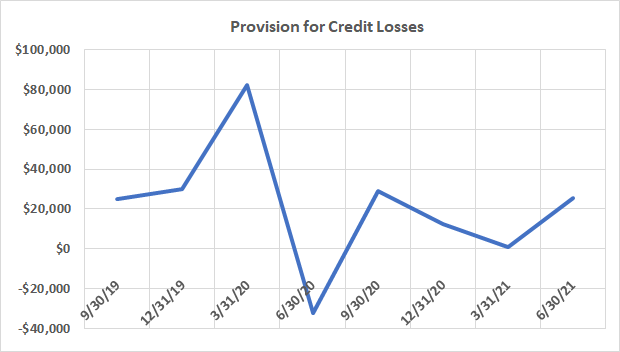 Data source: Affirm. Chart by author. All dollar figures are in millions.

Affirm's charge-offs (not shown) are following a similar path.

Delinquencies are up, creditworthiness is down

This uptick isn't exactly damning in and of itself, but when combined with a couple of other data nuggets, red flags begin waving. One of these red flags is the average credit score of Affirm's users. It's getting worse.

Affirm considers an individual's creditworthiness when offering them short-term loans, but it doesn't rely exclusively on credit bureaus' scoring systems. Rather, it uses its own proprietary scoring system called ITAC that grades potential buyers on a scale from 1 to 100; a score of 100 represents the lowest-risk borrowers.

Take a look at how the average ITAC scores have waned just since the fiscal year ending in June 2020 and the one ending in June of this year. In just the past couple of years, top-tier borrowers have fallen from 78% of its customers to only 65%. 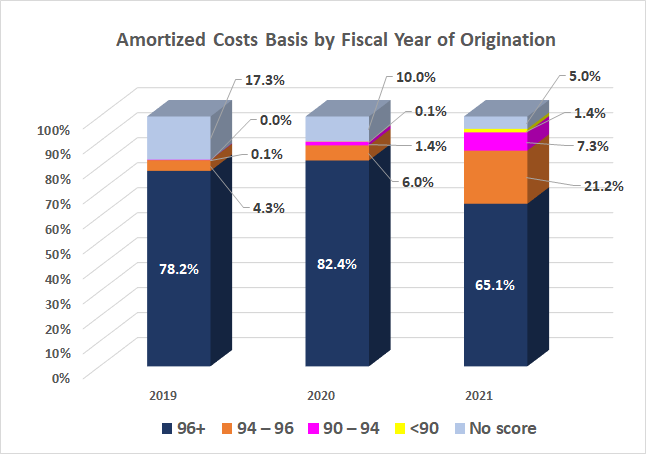 It's not as if this deterioration comes as a surprise, however, given Affirm's growing number of delinquent loans. As recently as the end of last year, 97.6% of the company's borrowers were making timely payments. That figure's fallen back to 96% in just the past couple of quarters. 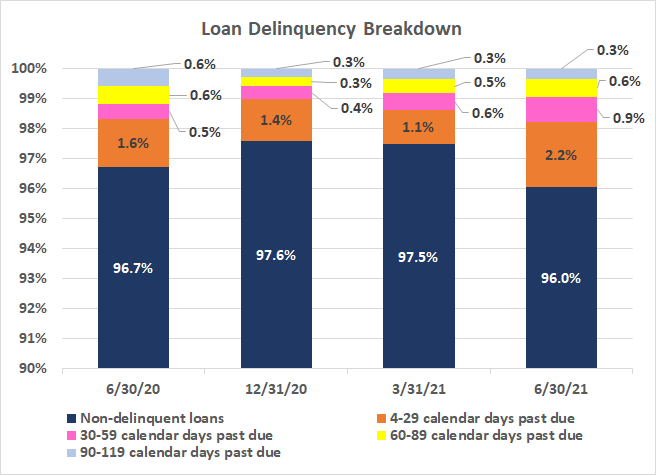 The slight dip in non-delinquencies doesn't seem all that alarming on the surface. Just bear in mind that all big trends start out as small ones. Also remember that soured loans for the year ending in June resulted in nearly $66 million in credit loss allowances, and similarly, more than $65 million worth of charge-offs. To put that into perspective, the company turned $870 million worth of revenue into an operating loss of $379 million last fiscal year.

These latest results are not necessarily an omen of disaster; one quarter doesn't make a full-blown trend.

But a trend starts with just one quarter's fiscal headwind. The 2008 subprime mortgage meltdown started slowly, too, as did the dot-com implosion back in 2000, crude oil's collapse in 2014, and even the stock market sell-off spurred by COVID-19's arrival in the United States in February of last year. There are always early warning signs for investors that care to notice them.

In this vein, there's enough deterioration of the company's loan portfolio for Affirm shareholders to start asking tough questions. The economy is supposed to be on the mend, but for a certain subset of Affirm's users, that doesn't seem to be the case. That, or the BNPL lender is lowering its standards to support its growth. Neither is an encouraging scenario.