Please ensure Javascript is enabled for purposes of website accessibility
Log In Help Join The Motley Fool
Free Article Join Over 1 Million Premium Members And Get More In-Depth Stock Guidance and Research
By Morgan Housel - May 26, 2016 at 4:04PM

We all live in our own worlds. 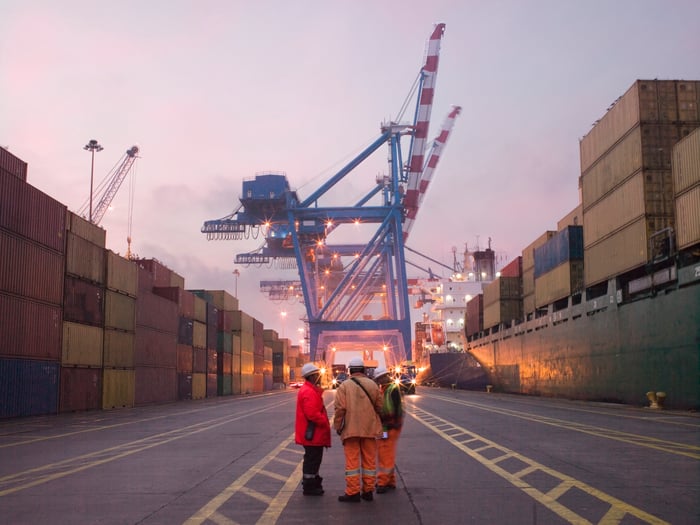 And we're really skeptical of economic data. Tell a group of people that the unemployment rate is 5% and a significant portion will react like you referenced the tooth fairy. Fifty-seven percent of Americans thought the economy was in recession in 2014, according to an NBC/WSJ poll. Inflation was less than 2% in 2013, but 39% thought it was at least 5%, and 22% said it was double digits.

An important question is why people are so skeptical of economic data. Why is there a gulf between what's reported and what people believe?

One answer is that conspiracy theories never go out of style. But another force is becoming more important by the day, and helps explain everything from data skepticism to the rise of presidential candidates who wouldn't stand a chance a few years ago.

Most economic data references "the economy," in the aggregate or average. But no one lives in the economy. They live in their economy. And the difference between "the" and "their" is now enormous, and growing.

Take this stat by Jim Tankersley of the Washington Post:

In the early 1990s recovery, 125 counties combined to generate half the total new business establishments in the country. In this recovery, just 20 counties have generated half the growth ...

From 2010 through 2014, U.S. counties with 100,000 or fewer residents combined to lose more businesses than they created — despite a growing national economy and a falling unemployment rate. In the recovery beginning in 1992, by comparison, those counties created a third of the nation's new businesses on net.

For perspective, 81.2% of counties have fewer than 100,000 residents, and are home to about a third of all Americans. During a period when "the" economy grew 19%, unemployment was cut in half, the stock market doubled, and household net worth grew 39%, a third of Americans saw "their" economy do nothing of the sort.

So of course they're skeptical of the data. It's not that the data is manipulated or fraudulent. But the aggregate and average doesn't reflect what many people see in their own world.

You can slice this dozens of ways.

We've always had an unequal economy. But the cultural and econoimc wedges today are larger than they were for much of the last 60 years. In a fascinating essay, Paul Graham wrote:

[Two or three generations ago,] not only did everyone get the same thing, they got it at the same time. It's difficult to imagine now, but every night tens of millions of families would sit down together in front of their TV set watching the same show, at the same time, as their next door neighbors. What happens now with the Super Bowl used to happen every night. We were literally in sync ...

Everyone within this world was expected to seem more or less the same. And not just those in the corporate world, but also everyone who aspired to it—which in the middle of the 20th century meant most people who weren't already in it. For most of the 20th century, working-class people tried hard to look middle class. You can see it in old photos. Few adults aspired to look dangerous in 1950.

Fifty years ago, those with a college degree earned about 30% more than those without a degree; today they earn about 75% more. In his book Coming Apart, Charles Murray gives an example of how different groups have skewed over the last half-century:

As late as 1952, the mean SAT verbal score (now known as the Critical Reading score) of incoming Harvard freshmen was just 583, above the national mean but nothing to write home about. Then came the revolution. By 1960, the average SAT verbal score among incoming Harvard freshmen had jumped to 678. The average Harvard freshman in 1952 would have placed in the bottom 10 percent of the incoming class by 1960 ... [today] the typical classroom in an elite school has no one outside the top decile of cognitive talent, and many who are in the top hundredth or thousandth of the distribution.

Another powerful trend adds to this. The surge in U.S. manufacturing that came from a new world order after World War II benefited one group more than any other: White men without a college education. They were the, in many ways, the most emboldened economic group for two generations, benefiting from relatively high pay and job security of labor-intensive manufacturing.

But those jobs -- and that demographic -- have been some of the hardest hit in relative terms over the last 40 years. Manufacturing employment peaked in 1979 at 19.5 million. Today it's 12.3 million.

Any time an entire group sees their lot decline, the result will be skepticism of any reporting that "the" economy is growing, because their struggle appears widespread rather than anecdotal and individual. Derek Thompson of The Atlantic recently wrote:

They're skeptical not because of a character flaw or predisposition to conspiracy, but because the economy they see is so vastly different from the average or aggregate, which are skewed higher by the 20 counties that have boomed over the last six years.

Investors and economists like to argue over who's right. Keynesians vs. Austrians, bulls vs. bears. The more I dig into these debates, the more I see that people aren't actually debating the same topic; they're just trying to get the other side to see their own version of reality, and become frustrated and insulted when the other side can't or doesn't.

We all do this to some extent. It drives home that a vital skill of anyone trying to make sense of the economy is realizing that everyone has a point of view, and none of them are complete.