Please ensure Javascript is enabled for purposes of website accessibility
Log In Help Join The Motley Fool
Free Article Join Over 1 Million Premium Members And Get More In-Depth Stock Guidance and Research
By Travis Hoium - May 28, 2016 at 9:05AM

OPEC's strategy of starving its rivals out by keeping crude prices low has worked, and today, its members have the power to dial back global supply and boost prices again -- but there's one little problem.

Two years ago, when Saudi Arabia and its fellow OPEC members started to balk at reducing crude production to keep oil prices elevated, they were playing the one card they could to keep long-term market share. The OPEC nations could either accept further losses of market share or keep the market oversupplied for long enough to kill off producers that couldn't make money pumping oil at depressed prices. The second strategy, given enough time, would allow OPEC to eventually regain market share, after which it could let oil prices rise again -- although not as high as before.

That was the theory, and it's really starting to play out as OPEC planned. Non-OPEC production is starting to fall, and the under-investment in drilling from those producers over the last year and a half will make it hard for them to increase output in the near future. Now, the problem OPEC is having is that its members are fighting among themselves over the future of oil supply.

Carnage in U.S. oil is incredible

There are a lot of ways to illustrate the pain that falling oil prices have caused outside of OPEC. Most telling to me is the massive decline in the number of rigs actively drilling for oil in the U.S. 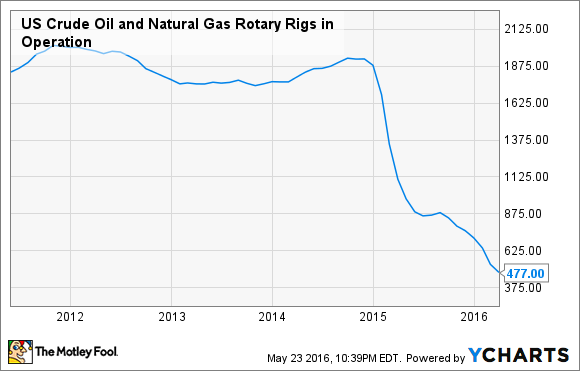 We could also point to the failures of Linn Energy, Sandridge Energy, or any of the other 75 oil companies that have filed for bankruptcy since the start of 2015 as signs of the fall of U.S. oil drilling.

Offshore, the picture is only marginally better for former high-fliers Seadrill (SDRL), Noble (NEBLQ), and Transocean (RIG 0.00%), and it's only better because they're still alive. But their stocks have been pummeled, and oil companies are now paying them not to drill for oil. 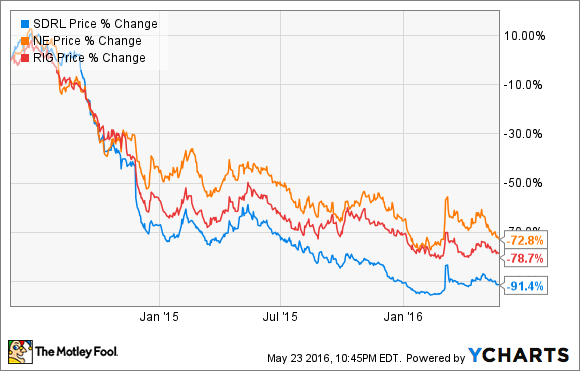 Long-term contracts and the fact that they have only an indirect exposure to oil prices have saved these offshore drillers from worse fates, but like U.S. shale companies, they really need higher crude prices to survive long-term. And it seems like prices could be rising if OPEC wanted them to, but that's not the case today.

OPEC has won. Now what?

If you look at the chart below, you can see how OPEC has won versus U.S. shale, deepwater drilling, arctic drilling, and any other "enemies" the cartel may have been targeting. Whereas non-OPEC production increased 2.51 million barrels per day in the first quarter of 2015, this quarter, it's expected to fall by 540,000 barrels per day. 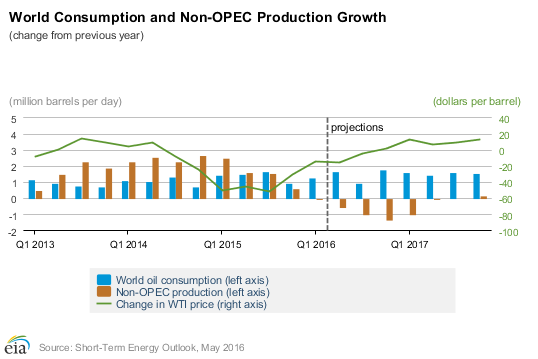 Meanwhile, global oil consumption has risen every quarter, and will rise 1.66 million barrels per day this quarter alone. You might think that an increase in demand and a decrease in non-OPEC production would be a good thing for the cartel, but OPEC hasn't able to coordinate enough to execute in the next phase its strategy. 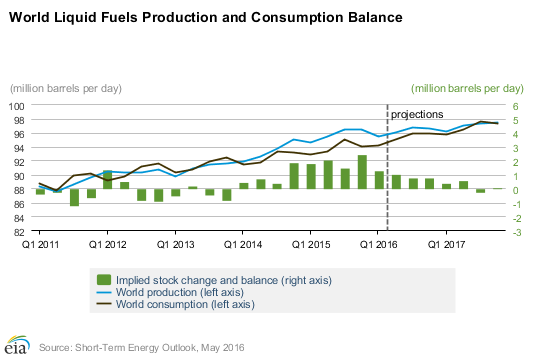 This increase in supply is largely attributed to Iran, which has been rapidly boosting exports now that sanctions against it have been lifted. But Saudi Arabia had increased its output even as oil prices were dropping, and isn't interested in cutting supply anytime soon. 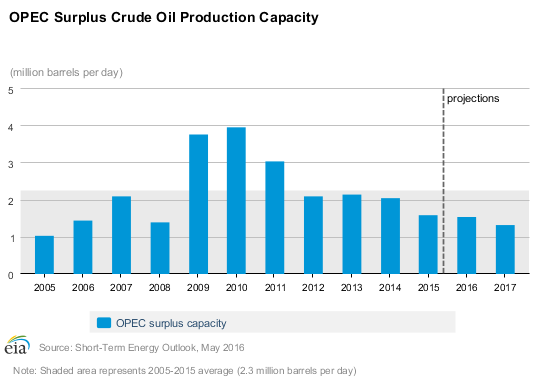 As The Wall Street Journal highlighted Tuesday morning, that reduces the cartel's ability to ease oil shocks in the short term. If war heats up in the Middle East or a major pipeline is damaged, we could be in for a big jump in oil prices overnight, and OPEC could do little about it.

The stalemate will end when OPEC says so

As it stands, oil investors must look to OPEC for a reprieve from the nightmare scenario taking place in the energy industry. The longer the stalemate lasts between Iran, Saudi Arabia, and the rest of OPEC, the longer oil prices are likely to stay low, which will lead to more energy companies going under. A side effect of that could be a sharp spike in oil prices later, as non-OPEC supply falls and OPEC loses its ability to stabilize the market.

At the end of the day, this is the power OPEC wanted in 2014, and it is the only group big enough to move oil prices higher in a big way today. But until its members decide to coordinate and put their hands back on the controls, investors and consumers remain in limbo.