Please ensure Javascript is enabled for purposes of website accessibility
Log In Help Join The Motley Fool
Free Article Join Over 1 Million Premium Members And Get More In-Depth Stock Guidance and Research
By Jason Hall, Matthew DiLallo, and Timothy Green - May 31, 2016 at 1:38PM

Looking for income investments? Here are three high-yield dividend stocks our contributors think you should take a close look at.

If it's big income you're seeking, these three stocks deserve a close look.

If you're looking for high-yield stocks to invest in, here are some companies that three of our top contributors think are worth buying this month.

A risk-reward opportunity on a beaten-down retailer

Tim Green: After its merger with Office Depot fell apart, shares of office supply company Staples (SPLS) tumbled. At a price of about $8.50 per share, the stock yields about 5.6%. Staples faces some major challenges, including falling sales at its retail stores, Amazon's push into the business-to-business market, and consistently unprofitable international operations. However, I think the market is underestimating the company.

Staples expects to generate about $600 million of free cash flow this year, putting the payout ratio based on that number at just about 50%. That's low enough that Staples could still suffer further earnings declines and still maintain its dividend. A dividend cut at some point in the future isn't out of the question, but with the stock depressed following the collapse of the merger, June may be a good time to scoop up some Staples shares.

Why is Brookfield Infrastructure worth buying in June? This is a particularly good question considering that Brookfield's unit price is up more than 30% from mid-January's lows. The answer, in short, is that it would be throwing the baby out with the bathwater to expect to see Brookfield's price fall that low again in the near term, and it would be ignoring a great business that's selling at a reasonable price right now. 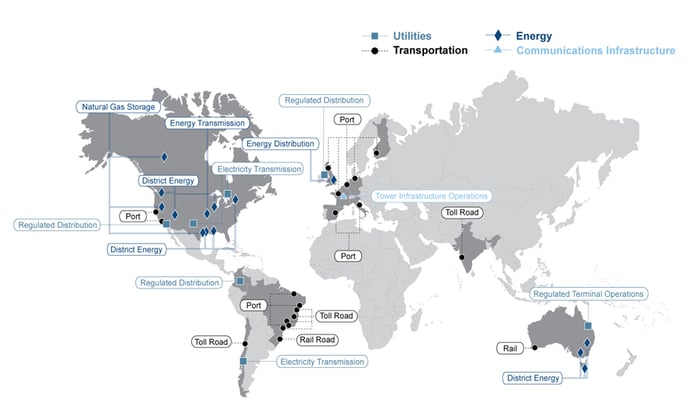 Much of the sell-off earlier this year was due to fears of a weak global economy, which would have some affect on Brookfield. However, one of the things that makes Brookfield such a great income investment is that its assets are largely recession-resistant, and they continue to generate steady cash flows even in downturns.

Lastly, Brookfield Infrastructure's target is to grow payouts 5%-9% annually, while retaining 30%-40% of funds from operations for growth. This balance of rewarding income investors while also retaining cash to strengthen the business, along with operations in steady income-producing assets, should make for a fantastic long-term high-yield investment. Now's a great time to invest in Brookfield Infrastructure.

A great company in an out-of-favor industry

Matt DiLallo: With a dividend yield that's currently north of 10%, Seaspan (ATCO 3.00%) certainly qualifies as a high-yield stock. While a yield that high is typically a sign that the market is concerned the payout will be cut, that doesn't appear to be in the cards for the company. Not only has its management team said it plans to hold its payout steady this year, but the company's underlying fundamentals back up its ability to continue to pay its generous dividend.

For starters, the company generates ample cash flow to maintain its payout. Last quarter, for example, Seaspan produced $100.5 million in cash available for distribution, which was up 7.1% over the prior year. However, the company only paid $48.7 million in dividends, which means it covered its payout twice over. Meanwhile, the company's overall cash flow generating capability is backed by long-term contracts with Seaspan boasting $5.7 billion in future contracted revenue. Further, the company has an average remaining charter length of five years, with only 2% to 3% of its revenue this year facing any recharter risk.

In addition to its financial strength, the company has undertaken a number of financing initiatives this year to bolster its balance sheet to ensure it has the liquidity to fund its newbuild program. So far, it has raised $740 million via multiple financings, giving it plenty of cash to both refinance higher-cost funding and pay for vessels being delivered.

Bottom line: At more than 10%, Seaspan pays a pretty enticing dividend that's hard to ignore. So, if you're in search of a high-yield stock this month, Seaspan is a top choice.