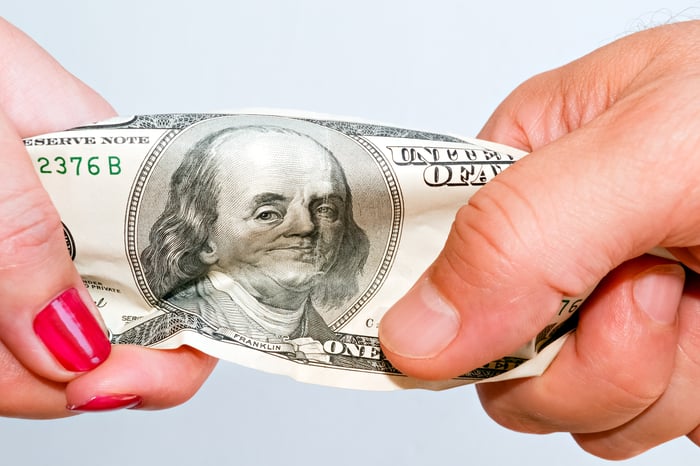 This past quarter, hedge funds run by billionaires couldn't agree on whether to buy or sell NVIDIA (NASDAQ:NVDA). Six funds purchased 2.3 million shares, while three funds decided to dump 2.1 million.

Of course, we shouldn't make our investing decisions based on the whims of billionaires, but their conflicting views present an opportunity for investors to review NVIDIA's potential and pitfalls.

There are plenty of reasons why the company is a buy for many investors right now.

The strong quarter was brought on by growth from nearly all of the company's major businesses. NVIDIA CEO Jen-Hsun Huang said in a press release: "We are enjoying growth in all of our platforms -- gaming, professional visualization, datacenter and auto."

The company's gaming division, which brought in about 53% of total revenue this past quarter, grew by 17% year over year. And NVIDIA just released new GeForce GTX 1080 and 1070 graphics processing units (GPUs) based on the company's new Pascal architecture. This should help continue the company's dominant position in the GPU space.

Additionally, the company just released its second generation Drive Px 2 computer for driverless cars. NVIDIA technology is already being tested and used by 80 automakers and Tier 1 suppliers. And the company increased its driverless car technology advantage with the recent release of its DGX-1 supercomputer. The company says the DGX-1 will pair with Drive PX 2 to process real-time driving data in the cloud.

And if all that wasn't enough, NVIDIA is tapping into the growing trend of high-powered GPUs being utilized for machine learning. Amazon.com, Microsoft, and Facebook are already tapping into NVIDIA's technology for their cloud computing and machine learning needs. And considering that the cognitive computing market -- which includes machine learning -- will be worth $12 billion by 2019, the company is getting in at the right time.

There's not much to dislike about NVIDIA right now, but there are a few things investors should keep in mind about the company. One of them is the increasing competition NVIDIA faces in the driverless car market.

NVIDIA's GPUs are used for car infotainment systems, and its Drive PX 2 platform is helping automakers bring semi-autonomous technology into their vehicles. But NXP Semiconductors (NASDAQ:NXPI) recently released its own driverless technology, and I think it poses a serious threat to NVIDIA's automotive prospects.

NXP's BlueBox driverless system is an off-the-shelf product that has all the hardware and software that automakers need to make their cars semi-autonomous. NVIDIA's Drive PX 2 is essentially just a supercomputer that carmakers use to process driverless data.

NVIDIA only brings in about 8% of its total revenue from its automotive segment right now. But with the driverless car market expected to hit $42 billion by 2025, the company is clearly looking to expand in the space, and NPX could inch into its territory.

I wouldn't bet against NVIDIA

I think NVIDIA is still worth looking at by investors, even with the increase in driverless car competition. NVIDIA still holds the majority market share in the discrete desktop GPU segment, and is continually growing sales of GPUs in new markets.

Nearly all of the company's business segments are growing and it's GPU's are some of the best on the market. I don't foresee the company losing any of its advantages right now (expect maybe in driverless cars) and it has plenty of new revenue opportunities with machine learning and supercomputers.

There's no guarantee that the company will continue down the right path of course, but it appears NVIDIA is doing nearly everything right at the moment to ensure that it does.