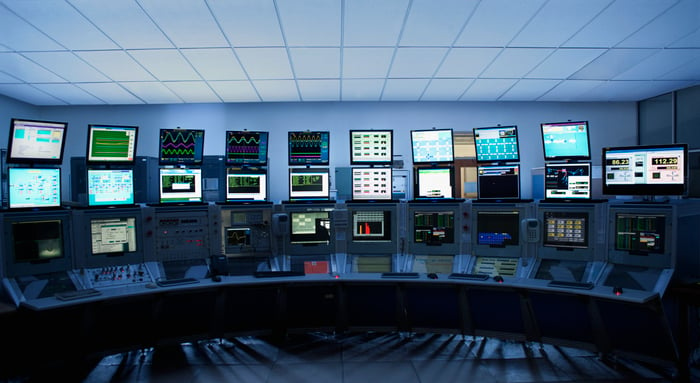 The obstacles to understanding technology businesses and the risk associated with tech stocks cause some investors to avoid the sector entirely -- but that approach is a surefire way to limit your portfolio's potential.

With this in mind, we asked three of our tech enthusiasts to each spotlight a company with a reasonable valuation, strong business foundations, and other characteristics that point toward a potential to deliver wins for investors over time. Read on to learn why Oracle (NYSE:ORCL), Verizon (NYSE:VZ), and Cisco Systems (NASDAQ:CSCO) made the list.

Brian Feroldi: One tech stock I feel confident in recommending to just about anybody is Oracle, the largest business software provider in the world.

For decades, Oracle dominated the database management software space, having grown enough to generate tens of billions in annual sales. The company has become a $166 billion behemoth, and its visionary founder and executive chairman, Larry Ellison, has turned himself into one of the richest people on earth.

Despite Oracle's past success, however, the last few years have been challenging for the company. Businesses have been shifting away from its products and have moved into the cloud. Oracle was slow to make the switch, and competitors like Salesforce.com took advantage. The good news is that Oracle is now catching up, having invested heavily into building up its cloud offerings. As a result, it is now a major player in the space, boasting more than 11,000 cloud customers.

While this transition was the right strategic move, it has put a lot of pressure on the company's financial statements. Cloud services tend to bring in less revenue up front compared to its legacy products, impacting the company's top-line growth. But this should eventually translate into a tailwind for Oracle, as cloud customers are more profitable over the long term.

Last quarter, the company's cloud revenue grew by 61% after adjusting for currency fluctuations. This boosted its non-GAAP gross margins from cloud products to 51%. The company has a long-term gross margin target of 80%, and if it can eventually reach it, earnings and cash flow should expand from here.

With shares trading for 14 times forward earnings, Oracle's stock isn't expensive, and while revenue and profit growth will likely remain muted for the time being, management is buying back billions of dollars worth of its own stock. Once the cloud revenue starts to meaningfully move the company's top and bottom lines, investors will probably bid up shares. Getting out in front of this seems like a smart move.

Keith Noonan: With a forward P/E value of 13 and backed by a great dividend and a strong business, Verizon stock seems to offer limited risk relative to its potential and has characteristics that make it resilient in the event of broader market volatility. Verizon's annual dividend sits at $2.24, equating to a 4.5% yield, which beats any other tech stock on the Dow. It's also generating plenty of free cash flow (FCF), which funds its quarterly payout, producing $4 billion in FCF in the last fiscal quarter and distributing 57% of that in dividends.

Verizon does face pressure from competitors that offer services at lower prices. These threats have the potential to become more significant in the event of economic downturn, but thus far, Verizon has done a commendable job of distinguishing its network through service advantages. Moreover, it's at the forefront of new technologies, particularly 5G networks, that will help it retain its pole position in the telecom industry. Further bolstering the case for Verizon as a sturdy portfolio addition is the stock's 0.27 beta, indicating that its price has not been closely tied to the performance of the S&P 500, and that investors have less to worry about regarding market fluctuations.

Verizon's generous dividend, reasonable valuation, and track record of leadership in the telecommunications industry are all compelling reasons to consider adding its stock to your portfolio.

Chuck Saletta: Cisco Systems has a lot going for it that makes it a tech stock worthy of consideration for a slot in your portfolio. For one, it's a quintessential "picks and shovels" company for the internet itself. Without Cisco's core business of routers and switches, the connections that make the internet possible simply wouldn't exist. While the internet's initial build out may already reach around the globe, traffic will continue to rise, requiring continued investment in capacity to keep up.

For another, Cisco sports solid financial metrics that make it capable of riding the ups and downs of the economic cycle. For instance, it has more in cash and short-term investments on its balance sheet than it has in total liabilities, which is a rock-solid place to be. It's also trading at less than 12 times its expected earnings over the next year, which is a reasonably cheap price for a company that's expected to grow at a better-than-10% clip over the next five years.

Cisco has also done a great job establishing itself as a company willing to reward shareholders. It increased its quarterly dividend earlier this year to $0.26 per share, up from $0.21. At that level, it pays a 3.7% yield. Since it instituted its dividend in 2011, Cisco has increased it annually, and with a payout ratio around 42% of earnings, it has room to continue doing so in the future.

With an infrastructure-oriented business model, a rock-solid financial position, a reasonable valuation, and a shareholder-friendly dividend policy, Cisco Systems has a lot to offer investors. That combination is what makes it a technology stock that deserves consideration for a slot in your portfolio.