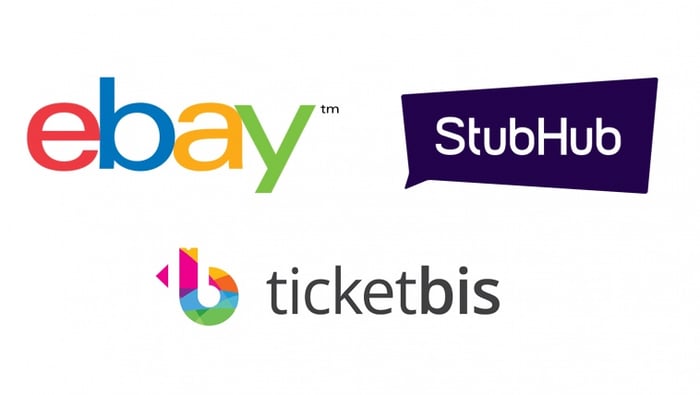 Financial terms of the agreement were not disclosed, and eBay is making no modifications to its second-quarter or full-year 2016 guidance numbers after the acquisition. This means that the purchase of Ticketbis will most likely have a modest financial impact on the overall business, at least in the short term. Nevertheless, management is making a smart move by strengthening StubHub and building it into a larger and more valuable platform.

eBay purchased StubHub for $310 million in January 2007, and the acquisition has clearly turned out to be a winning play by the company. StubHub produced $177 million in revenue for eBay during the first quarter of 2016, representing a modest 8% of $2.1 billion in total company-level revenue during the period. However, StubHub is also eBay's most dynamic segment.

Total revenue from StubHub grew 34% year over year last quarter, while revenue in the marketplace business declined by 2%. Marketing revenue increased 17% during the quarter, and overall eBay revenue grew by 4%. The numbers are quite clear: Even if StubHub is making a moderate contribution in terms of sales, the business is one of eBay's most promising growth areas. Chances are that StubHub will account for an increasing share of overall sales in the future, and this should have a positive impact on total revenue.

Management acknowledges that StubHub is a key growth driver, and eBay is actively investing in providing a better experience for StubHub customers. The company has recently launched a new recommendation engine which enables users to quickly determine the best value for their tickets, and it's also working on a virtual reality technology which enables fans to get an immersive view from available seats.

StubHub makes only 2% of revenue from international markets, so Ticketbis looks like a remarkably complementary purchase. Ticketbis is based in Spain, and it has a big presence in different markets across the world. In fact, the press release from eBay emphasises how this purchase will strengthen StubHub's global presence in a considerable way:

With this acquisition, StubHub will grow its presence across Latin America and Europe and expand into Asia Pacific, becoming the global ticket marketplace leader, as measured by volume of transactions and international reach.

Benefiting from the network effect

E-commerce is a classic example of an industry benefiting from the network effect, meaning that the value of a product or service is dependent on the number of people using it. The bigger the platform in terms of the user count, the bigger the value it provides to those users, and this attracts even more users over time. The network effect can be a powerful source of sustained growth over the years, and it's probably one of the main reasons why eBay acquired Ticketbis.

Think about Facebook (NASDAQ:FB) for example. If you don't have many friends on the platform, you will hardly find a lot of reasons to engage with the social network. However, Facebook has a gargantuan user base of 1.65 billion monthly active users as of the first quarter of 2016, a year-over-year increase of 15%. This means you have plenty of opportunities for all kinds of interactions, which keeps users engaged and attracts more users over time. The network effect is arguably one of the main drivers behind Facebook's huge market capitalization value of almost $340 billion.

The e-commerce industry works the same way. Buyers want to go to the platform offering more products and better opportunities, while sellers are naturally attracted toward the platforms offering as many potential customers as possible. With the acquisition of Ticketbis, StubHub is not only gaining international exposure, but also building a bigger and more valuable platform.

StubHub is a vigorous growth engine for eBay, and the purchase of Ticketbis is a good way to fuel StubHub's growth over the long term by capitalizing on the network effect. For this reason, it looks like eBay is making a remarkably smart acquisition.