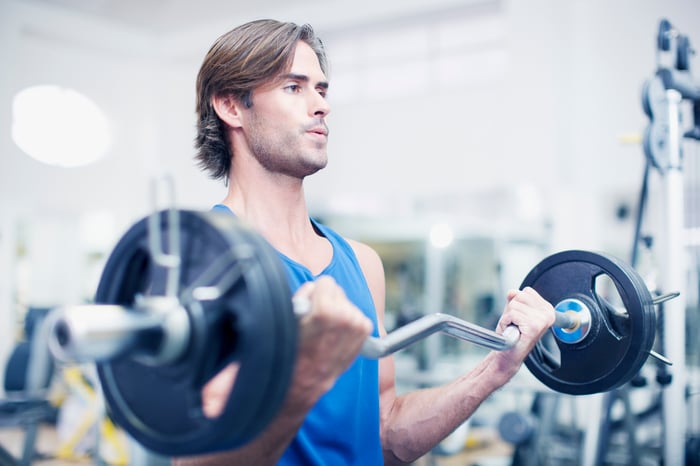 What: Shares of Planet Fitness Inc. (NYSE:PLNT) jumped 16.3% in May, according to data provided by S&P Global Market Intelligence, after the company reported strong earnings and outlook.

So what: First-quarter revenue was up 8.3% to $83.3 million and net income nearly doubled to $16.3 million, or $0.09 per share after accounting for non-controlling interests. Growth was driven by a 6.8% increase in same-store sales, augmented by 48 new franchise store openings in the period.

Management also said that full-year revenue will be between $360 million and $370 million with adjusted earnings per share of $0.62 to $0.65.

Now what: The health and wellness craze is a big driver in Planet Fitness' growth and I don't see any reason the macro drivers won't continue. My concern is the single-digit growth rate and the lofty multiple investors are paying for shares. Even at the high end of guidance, shares trade for 27 times earnings, which is a high multiple for a company growing in the single digits. If shares pull back in coming months, it could be a buying opportunity. For now, though, I'll sit on the sidelines and wait for a better value in fitness.