There's no question that energy prices are feeling some pain right now. That's hitting companies throughout the energy sector and, perhaps, opening up some great buying opportunities. Not the least of which is driven by the fact that the low commodity prices that are denting results are inherently volatile, with low prices often leading the way to higher prices down the line. And in a few cases, the low prices are even a net positive, despite the weakness they create on the top line. Which is why these three energy stocks are looking ridiculously cheap right now.

When you read about the plunge in oil and natural gas prices, integrated global energy giants like Royal Dutch Shell (NYSE:RDS.B) often get prominent mention. And for good reason: Revenues in the first quarter fell roughly 25% at Shell, and net income declined a massive 90%. So Shell is clearly feeling the pinch of low energy prices.

But it isn't sitting still. For example, like all industry participants, it's been cutting costs. And it just completed a major acquisition that will augment its natural gas business, an area that management believes has a bright future. Moreover, despite the difficult period, the company has, so far, remained committed to supporting the dividend. 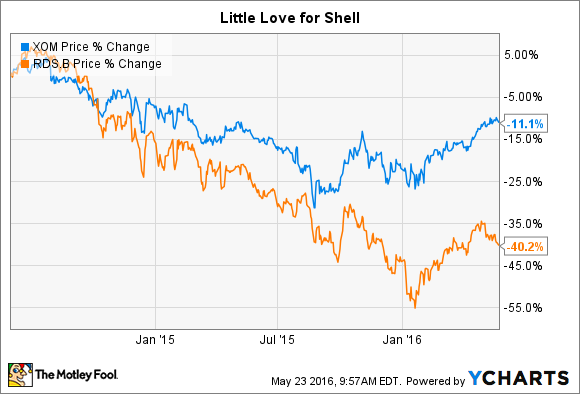 But none of that changes the discounted price at which Shell is currently trading. For example, Shell's price-to-book-value ratio is roughly 1. ExxonMobil, for comparison, is trading at more than two times book value. In fact, Shell is among the cheapest of the integrated oil majors based on this metric. Same goes for price-to-sales, which for Shell is around 0.75; Exxon's price-to-sales ratio is nearly 1.5. Add in the 7.5% yield, more than twice what Exxon offers, and Shell, with more than a century of history behind it, is definitely looking cheap right now.

It's not about the top line

Another pair of companies that appear relatively cheap today are Suburban Propane (NYSE:SPH) and Ferrellgas Partners (OTC:FGP). This pair of energy players are focused on relatively unloved propane, a byproduct of the oil and natural gas industry that is used for everything from heating homes to drying crops to backyard grilling.

But here's the thing, Suburban and Ferrellgas are middlemen. The price of propane shows up on the top line, but the costs are largely passed on to customers. For example, between fiscal 2014 and 2015, propane prices fell over 50%. That led to a revenue drop of 25% at Suburban Propane. But net income declined only about 11.5%. The driver of that decline was really warm weather, which led to a 10% decline in demand -- largely because customers didn't need to heat their homes as much. For reference, Ferrellgas sold around 12% fewer gallons in the six-month period ended January, the first half of its fiscal 2016.

Now, that's not great, but weather changes pretty quickly and a nice cold winter would push demand higher again. In the meantime, both companies continue to expand via bolt on acquisitions. And Ferrellgas has branched out into the oil and gas midstream space to increase its diversification (this division now makes up about 25% of the business). Moreover, Ferrellgas recently increased its dividend for the first time in its history, and Suburban Propane upped its dividend in 2015 after taking a long pause following a major acquisition. 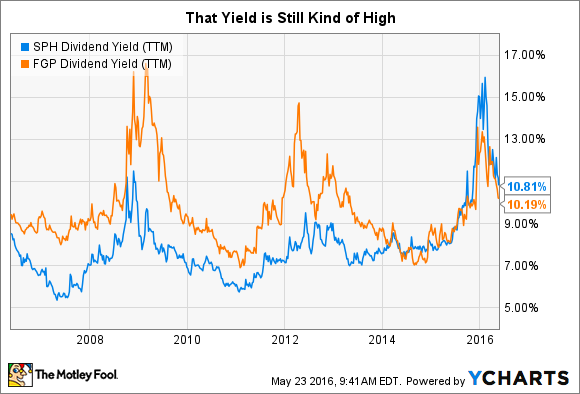 The most interesting thing about both of these partnerships, however, is probably their 10%-plus yields. Although they're lower than they were earlier in the year, the yields are still toward the high end of this pair's historic range. And that suggests they remain pretty darn cheap, especially if you are an income investor looking for a big yield right now.

There's always a trade-off between risk and reward that an investor has to make. But if you can find a company that appears to have better prospects than its share price suggests, you can minimize the risks a little bit. For Shell, a relatively low price coupled with a business that's shifting with the times suggests that investors could be pricing the shares way too cheaply.

For Suburban and Ferrellgas, the disconnect between the top line and bottom line obscures the solid underlying businesses each operate. And just a little cool weather could quickly change how investors view the pair. With distribution yields toward the high end of their historical ranges, it looks like there's plenty of room to the upside for each of these partnerships.