What: Shares of Cheniere Energy (NYSEMKT:LNG) declined more than 17% in May after the company issued earnings that were less than stellar, and more bearish statements from short-seller Jim Chanos.

So What: Even though Cheniere Energy started delivering cargoes of liquefied natural gas in the first quarter, the amount that was shipped was a rather token amount compared to what the company plans to have coming online in the coming years. That's why, despite the first revenues coming in from the export of LNG, the company continued to post rather sizable per-share losses.

This should be expected, though, because the company won't start generating any real profits until construction of the entire facility is complete, and its subsidiary partnership, Cheniere Energy Partners (NYSEMKT:CQP), starts to generate gobs of free cash flow that it will pay to Cheniere in the form of dividends. However, the news that the company continues to accrue large losses seems to have overshadowed the rest of the story. 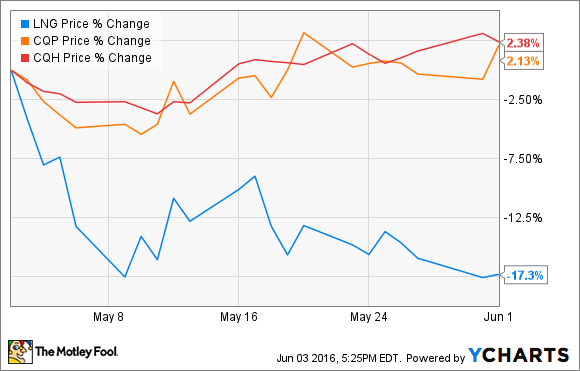 Another reason why Chenere's stock seemed to struggle so much is that famous short-seller Jim Chanos continued to make bearish comments about Cheniere's business model, and its current valuation. Cheniere Energy's stock has been in Chanos' sights for several months now, and he continues to say on any occasion given to him that the stock is wildly overvalued considering the amount of time it will take for the company to generate any real profits. So far, Chanos' short position has paid off rather well, as Cheniere's stock has tumbled precipitously since Chanos went public with his position a little less than a year ago. 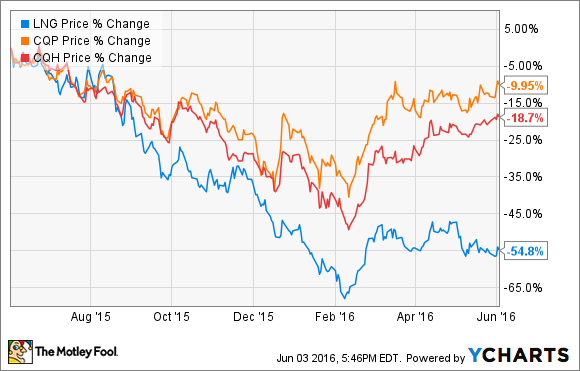 Now What: New CEO Jack Fusco certainly has his hands full. Now, rather than simply managing the construction of the new facilities, Cheniere has to prove that it can be an efficient operator. Anyone who is considering investing in Cheniere Energy has to remember that this is still a bit of an unknown with the company, and it will take a long time before the investment thesis Cheniere has presented plays out. So for the time being, it's probably worth not looking too much into this past month's stock swing, and waiting to see how the company performs as it brings more of its LNG export capacity online.