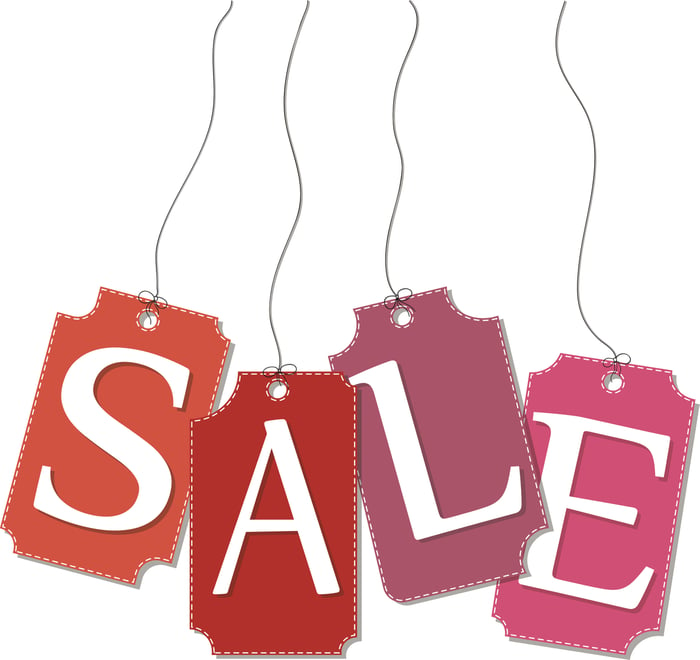 With biotechnology stocks regaining some of their luster lately, some investors may be hunting for bargains to stash away in their long-term portfolios. If you're among them, we've got you covered. Here are three profitable biotech stocks which are trading at valuations that could make them bargains:

Jazz Pharmaceuticals already markets a handful of drugs and it's handsomely profitable, but its shares have tumbled 20% since last summer's peak, and that could mean it's a good time to buy. 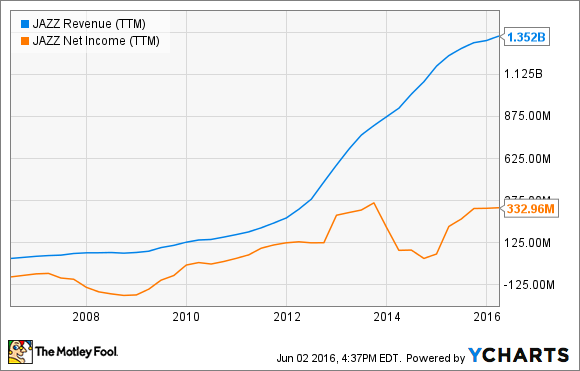 The company's retreating share price is due to worry that pushback on drug prices by industry players could crimp future sales of its drugs for rare and life-threatening conditions. Those pricing risks shouldn't be ignored, but I think the risk they pose to Jazz Pharmaceuticals may be overblown.

While it makes some sense to curb prices on medicine used to treat common conditions where there are many treatment options, it makes less sense to enact price controls that may discourage the development of drugs for rare and life-threatening indications, like those Jazz Pharmaceuticals is targeting.

If I'm right, then paying 12 times next year's EPS estimate to buy Jazz Pharmaceuticals shares could pay off, especially since Jazz Pharmaceuticals just added another cancer drug to its product portfolio. On May 31, the company agreed to buy Celator Pharmaceuticals for $1.5 billion to get its hands on Vyxeos, a treatment for acute myeloid leukemia that could reshape the indication.

Adding Vyxeos could end up adding hundreds of millions of dollars in additional annual sales, and although Vyxeos might not reach the market until later next year, the company is already expected to earn $13 per share in 2017. If Vyxeos gets approved quickly and sales ramp rapidly, then that forecast could end up being too conservative.

Investors looking for a good deal on top-shelf biotech need look no further than Gilead Sciences. The company markets seven different billion-dollar blockbusters targeting HIV and hepatitis C, and its sales are expected to total more than $30 billion this year.

Gilead Sciences shares have been in the doldrums lately, because new competition in hepatitis C is leading to lower prices per patient. However, sluggish sales growth may be temporary.

On June 28, the FDA is scheduled to issue a go/no-go decision on the company's next-generation hepatitis C drug, and that drug offers arguably best-in-class efficacy and safety that could turn it into the planet's best selling medicine in this indication.

The company is also knee-deep in refreshing its HIV drug lineup following the approval of tenofovir alafenamide (TAF), a new formulation of the company's Viread. Viread is a cornerstone in Gilead Sciences' combination HIV therapies, and the FDA has already approved two new combination therapies that feature TAF instead.

Admittedly, this may be more a walk-in-place year for Gilead Sciences than investors are used to, but that could make it the perfect time to tuck shares away into long-haul portfolios. Not only is Gilead Sciences' balance sheet bulletproof (it boasts $21 billion in cash), but its shares are trading at just seven times 2017 EPS forecasts.

AbbVie is best known as the maker of the megablockbuster rheumatoid arthritis drug Humira. Humira represents about 60% of AbbVie's total sales, but a key patent protecting the drug from competitors expires later this year.

Because of the patent risk to Humira, investors can't be blamed for being nervous; however, management thinks that method-of-use patents can keep competitors at bay a while longer, and that has them projecting that Humira sales will grow -- not shrink -- through 2020.

If management is right, then they have plenty of time to build up their presence in other indications (and get a Humira successor across the finish line).

Last year, AbbVie spent $21 billion buying Pharmacyclics to get its hands on Imbruvica, a fast-growing therapy for chronic lymphocytic leukemia (CLL). Imbruvica sales are soaring as it gets used earlier and earlier in this indication, and last quarter its revenue reached $381 million.

AbbVie has to split Imbruvica's profit with Johnson & Johnson, its partner on the drug, but it won't have to split profit on Rova-T, its newest cancer drug. In April, AbbVie paid $5.9 billion to lock up rights to Rova-T, which is in late-stage development as a third-line therapy for small cell lung cancer (SCLC).

So far, 44% of SCLC patients treated with Rova-T responded to it, and if that efficacy holds up in late-stage studies, AbbVie thinks Rova-T has multibillion-dollar-per-year potential.

In addition to Imbruvica and Rova-T, AbbVie could also see sales growth thanks to the recently launched CLL drug Venclexta and the recently approved Zinbryta, a once-monthly multiple sclerosis drug it developed with Biogen.

Finally, AbbVie has three different therapies in mid- and late-stage rheumatoid arthritis studies that could someday insulate it against future Humira patent expirations.

Since AbbVie's shares can be bought for less than 12 times forward earnings, and its healthy dividend means its shares yield a market-beating 3.6%, adding this one to portfolios might be smart too.